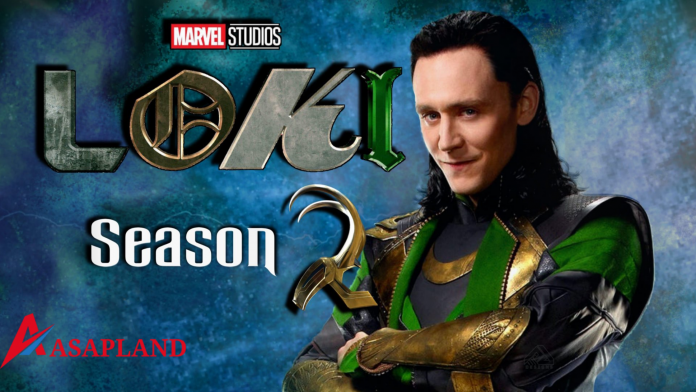 Loki Season 2: Is Hiddleston Back For Another Season?

Yes, we are positive that Tom Hiddleston’s mischievous character Loki is coming back for a second season.

According to news reports, the production of Loki season 2 will begin around June. The preparations are starting from February, and we have updated.

The second season is set to begin filming in the summer, according to the casting website Backstage. They did disclose that the production will take place at Pinewood Studios in England, though no particular dates have been announced.

With a mid-year premiere date and assuming no COVID-related delays, it’s safe to conclude season 2 won’t arrive until the beginning of 2023.

The Thor spinoff sequel featuring the God of Mischief was the Marvel Cinematic Universe’s first foray into this world, a crucial premise driving several films and shows in Phase 4, including Spider-Man: No Way Home.

Tom Hiddleston’s Loki is locked in the offices of the Time Variance Authority (TVA), a body tasked with keeping time in order. Loki finds various versions of his identity with the help of Agent Mobius (Owen Wilson), comprising a female companion, Sylvie (Sophie Di Martino).

Given how much the MCU’s Multiversal plot has in store for the next couple of years, there are a lot of factors to consider for Loki Season 2.

Loki’s next solo journey is clouded in mystery, with Hiddleston participating in the Doctor Strange sequel in 2022 and Jonathan Majors going full Kang the Conqueror in Ant-Man and the Wasp: Quantumania in 2023.

Hiddleston’s fan-favorite character was last seen in the MCU in the TVA, alongside Owen Wilson’s Mobius and Wunmi Mosaku’s Hunter B-15.

Sylvie assassinated Jonathan Majors’ He Who Remains and threw the Multiverse into chaos, even erecting a statue of the great villain in the new TVA headquarters.

In true Marvel fashion, they’re keeping details about Loki season 2 under wraps. As a result, no official news on who might be joining the upcoming time-traveling escapades has been released. Ravonna Renslayer will also return.

However, Gugu Mbatha-Raw acknowledged to Digital Spy in December 2021 that she had no idea what was ahead for her character. Tom Hiddleston is undoubtedly coming back to play his part. Other than that, there’s no particular hint for the upcoming cast.

Now that filming for Season 2 is expected to begin this summer in the United Kingdom, the question of when that fresh batch of episodes will premiere on Disney+ arises.

Filming will most likely take six months to a year, putting the earliest probable release date in mid-2023 with a speedy turnaround.

There’s no knowing when fans will receive their next dose of mischief, depending on what happens with Kang in Ant-Man 3 and other projects dealing with the Multiverse.

Regardless of when that happens, the knowledge that filming will begin in the coming months should pique Hiddleston’s interest in extending his MCU stint as Loki. At least, we are content to know that Hiddleston will be back on Disney+ to run the character of mischief. So, what are your thoughts on Loki season 2?