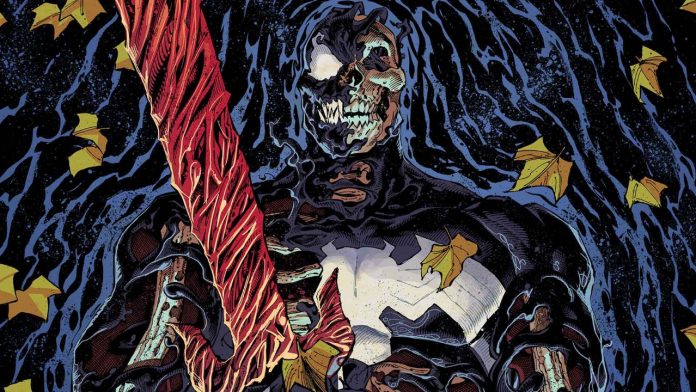 King in Black, the new Marvel miniseries curated by Ryan Stegman and Donny Cates, ended with the fifth and final issue, revealing the fate of planet Earth after the assault of the King of Symbiotes, Knull. The villain has been a tough nut to crack since the first chapter, but how did the clash with the Avengers end? Let’s find out together.

Since the first chapter Knull has revealed himself to be a different antagonist, ruthless and of few words. After brutally killing Sentry and almost eliminating Eddie Brock, the villain was forced to face the Silver Surfer, who turned out to be an opponent of a completely different caliber. In the last few chapters Knull had modified his armor to defeat the hero, but Venom’s return marked his end.

Knull had defeated Venom multiple times, but as stated by the anti-hero himself, he had never faced Eddie Brock. Eddie, still infuriated by what happened to his son Dylan, fuses the Silver Surfer’s sword and Thor’s hammer to create a colossal battle ax and begins to decimate the symbiote king’s army, eventually finding himself facing the antagonist. After an exchange, Venom destroys the villain’s armor and flies into the cosmos, throwing it directly into the sun and vaporizing it.

READ:  My Hero Academia 5x02: the vestiges of One For All appear in the episode

Eddie goes back to save his son, and after calming him down, accepts Venom’s offer and prepares to fill his new role. Eddie and Venom are one, and after defeating King Knull, they became the new King in Black.

And what do you think of this series? Does Knull have the potential to be the next big Marvel antagonist? Please let us know, as always, by leaving a comment in the box below.