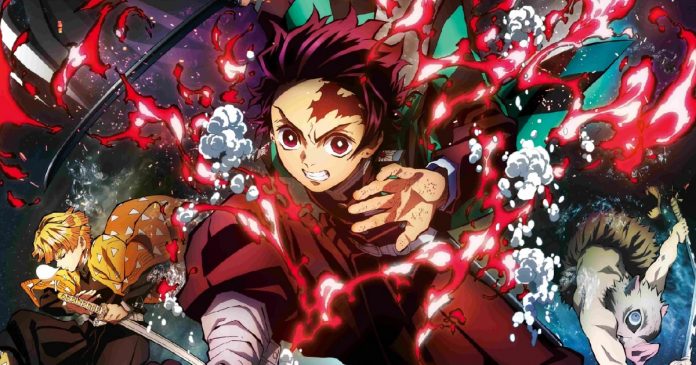 The world of Tanjiro, Nezuko, Inosuke and Zenitsu received a movie from anime titled Kimetsu no Yaiba: Mugen Ressha-hen (Demon Slayer: The Infinite Train) in 2020. Its premiere in Japanese cinemas was on October 16 and was a box office success.

Ufotable again he was in charge of animation and for 12 consecutive weeks it remained in the first place at the box office. According to information from Anime News Network, the feature film Mugen Ressha-hen has earned over $ 400 million and approximately 29 million tickets sold in Japan.

Kimetsu no Yaiba’s feature film is anime season 1.5 overall and continues the story of Koyoharu Gotouge. The film adapted the seventh arc of the original manga. Here we see Rengoku Kyojuro’s (Flame Hashira) special mission along with the help of Tanjiro, Nezuko, Inosuke, and Zenitsu.

The characters of Kimetsu no Yaiba must solve the murder case on the Mugen train. However, their mission will pit them against powerful members of the Twelve Demonic Moons. Enmu was specially sent by Muzan Kibutsuji to kill a Hashira and Tanjiro Kamado. Will you be able to meet your goal?

Premiere of Kimetsu no Yaiba film in Mexico

Recently, The Truth News shared that the film festival Konnichiwa Festival will bring the film Mugen Train to theaters in Mexico and Latin America from April 22, 2021. Violet Evergarden: The Movie (2020) was the last feature film to debut thanks to Konnichiwa Fest and fans can now purchase their Demon Slayer tickets here.

The first season of Kimetsu no Yaiba featured a total of 26 episodes. Crunchyroll and Funimation they have the anime series available in their catalogs. In addition, fans can already find the show on the Netflix platform with subtitles and Latin dubbing.

The premiere of Kimetsu no Yaiba: Mugen Ressha will be exclusive to theaters until its digital release. The series team confirmed that their debut in DVD and Blu-ray will be on June 16, 2021 in Japan. Therefore, the movie could be available on sites like Crunchyroll in the summer.