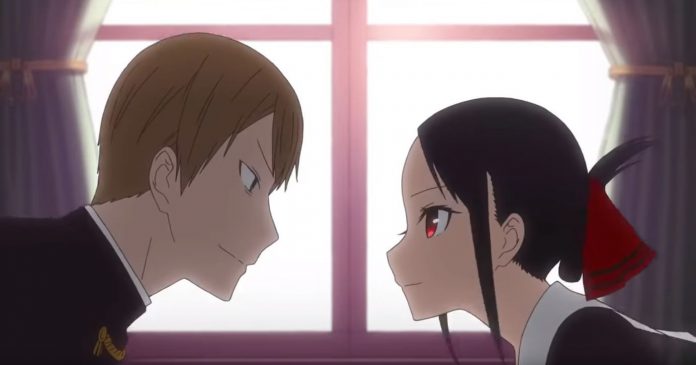 New milestone for Kaguya-sama: Love is War, the highly acclaimed romantic comedy by Aka Akasaka. The manga has in fact reached altitude fifteen million copies in circulation after five years of serialization, an excellent result considering that about a third of the total copies have been sold since last June.

With 21 published volumes and a twenty-second one due out this spring, Kaguya-sama: Love is War is one of the longest-running and most appreciated sentimental manga of recent years, thanks also to the superb anime adaptation of A-1 Pictures, which will soon return with an OVA and a third season. Meanwhile, the manga is moving towards the conclusion, which will presumably arrive in the course of 2022.

Aka Akasaka, the young author of the work, has already started writing his new manga Oshi no Ko with Mengo Yokoyari (Scum’s Wish), already over 600,000 copies printed with only 4 published volumes. In order not to miss anything, Akasaka has also made a miniseries with an idol of the J-Pop Hinatazaka46 group, consisting of three chapters and concluded during the first weekend of April.

READ:  Nighthawks : Sylvester Stallone is Planning To Remake as a TV show or series

And what do you think of Kaguya-sama: Love is War? Are you following this work? Let us know in the comments! Meanwhile, we remind you that the first six volumes in Italian are available in Italy thanks to Edizioni Star Comics.