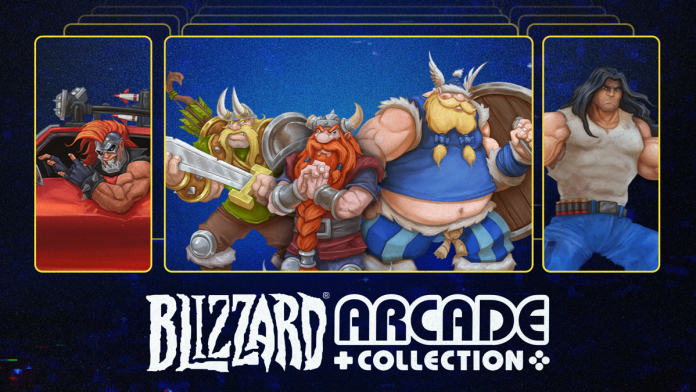 Blizzard has announced that it will add two more classic games to the collection Blizzard Arcade, released earlier this year as part of the BlizzConline celebration.

In this way, the Blizzard Arcade Collection grows in two games after adding Lost Vikings 2 and RPM Racing to the mix. Players who already own the collection will receive the two new titles through a free update. The two games will join existing titles such as Lost Vikings, Rock-N-Roll Racing, and Blackthorne.

Lost Vikings 2 is a direct sequel to The Lost Vikings that again focuses on the three heroes Erik, Baleog, and Olaf in a new adventure. The sequel adds new powers, new characters, and more puzzles to tackle as the three Vikings find their way home.

READ:  What To Expect From The 4 Episodes Of Behind The Stars And Stripes Season 2?

The new patch also adds some additional features, such as a Streamer mode for Rock N Roll Racing. This includes a 4-player local multiplayer that allows you to stream while maintaining the MIDI versions of the soundtrack. Presumably, so that no potential DMCA takedown is triggered that way.

Finally, it is important to highlight the Museum mode, which includes classic design notes on the games included in the Blizzard Arcade collection. The thing is, with the update, it now includes a gallery of design documents that shows how these games went from initial concepts to full games.

You can read more information regarding the games and the update through the page that Blizzard has enabled for it, here. And if with the new games, you are interested in the complete pack, remember that the title is available for PS4, Xbox One, PC and Nintendo Switch.