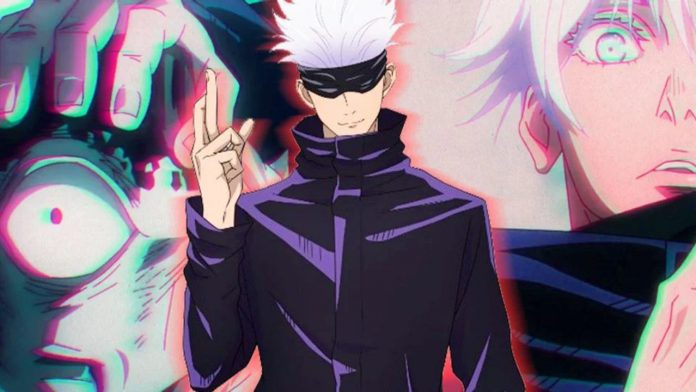 With the end of the first season of the animated, it is time to draw conclusions. Since his debut, Satoru Gojo has been presented as the strongest character in the world of Jujutsu Kaisen. But is this just a name or is it really “untouchable”?

Gojo, teacher of the first-year trio of the Tokyo Institute of Occult Arts, introduces himself as the strongest sorcerer, not only of the present era, but of all history. On the other hand, he himself states that he could almost certainly even beat Sukuna and his mere existence is a strong deterrent to the appearance of curses. But what makes it so feared and powerful?

The answer lies in its extraordinary control of cursed energy and from two techniques he inherited from his Clan: the power of Infinity and the Six Eyes. As has already been explained, Gojo’s power of Infinity allows him to create a kind of barrier between himself and his opponent. Any attack launched against him crashes into the barrier first. Thus, the teacher can choose what touches him and what doesn’t.

Also, thanks to his cursed techniques blue and red glow manages to create gaps wherever it wants, converging to any object or person in the vicinity, or divergent energy capable of pushing the target away with extreme violence. By activating these two techniques at the same time, he creates the Purple Glow, a giant sphere that instantly annihilates any material it comes into contact with.

For a rare and incredible combination not seen in over a hundred years, Gojo is able to take advantage of the Six Eyes, a technique that guarantees him an absolute vision. This explains why in Jujutsu Kaisen he always wears a blindfold. Thanks to this, he can immediately analyze the cursed techniques and understand how to counter them without any effort.

Satoru can also use his domain expansion, the Immeasurable Void, as often as he wishes, when the limit for regular sorcerers and cursed spirits is only once a day. On top of that, he also possesses exceptional physical strength, great experience and tactical proficiency. For all these reasons, Gojo is easily regarded as the most powerful Jujutsu sorcerer.

Here is all the power that Satoru Gojo is capable of in this Jujutsu Kaisen cosplay.