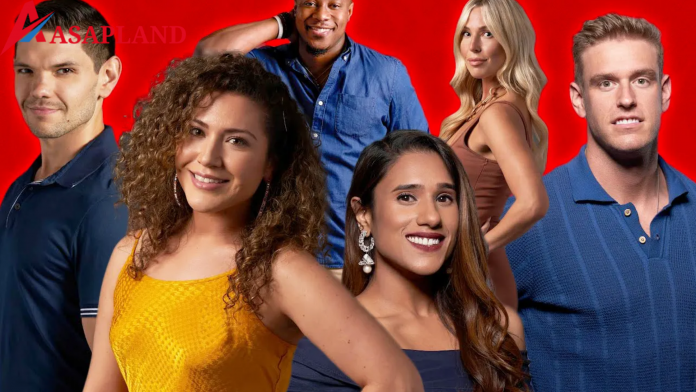 Season 2 of Love Is Blind has already aired its first five episodes, and the drama is already at its best point. This show is notable for putting 30 hot people in spaceship-like pods for a few couples of days to see what happens in order to test the hypothesis “is love blind?”

On “Love Is Blind,” the candidates converse in pods, tiny cabins where they can’t see each other. Despite the fact that the contestants have no idea who the other contenders are, some propose and finally meet before deciding whether or not to marry.

Even though “Love Is Blind” has 30 singles searching for affection, the Netflix dating show only concentrates on six love tales.

The five episodes that are currently accessible to see has several of the various cast members scarcely spoke. This situation makes those contestants look like side characters. They were not seen talking in the pods or the women’s or men’s lounges.

The lack of appearance of those contestants made viewers pretty mad. Fans were quick to call out the lack of screen time provided to the contestants, especially the ones who are plus-sized.

The disappointment was pretty evident as the viewers noticed that there was barely any presence of the curvier contestants.

The business-minded comedians who suffered a frightening, life-threatening catastrophe, are among this season’s standout daters. Is this the solution to last season’s nasty Messica?

That may be Shaina Hurley, one of the two love triangles this season. Oh, and there’s Abhishek “Shake” Chatterjee, a pet doc who understands on the reality show that there are probably other methods to assess possible partners than asking if they can carry themselves onto his shoulders.

Chris Coelen, Love Is Blind’s executive producer, addressed the issue in Los Angeles Times. He went on to explain that the team has tried to gather a diverse group of contestants for both seasons.

If anything, it was an effort to bring people of different races, sizes, and personalities under one roof.

Chris said that they did everything they could possibly do to bring these people together and give them equal opportunities to shine their identity.

However, there’s a lot of explaining to do if the team wants the viewers to really appreciate the directions of the show involving so much body criticism.

Season 2 of Love is Blind debuted on Netflix on February 11th, marking the first anniversary of the show. Also, it was pretty close to Valentine’s day, so maybe you count that in as well.

The premiere aired the first five episodes, followed by four more episodes on February 18 and the finale on February 25. It goes without saying that the second season of Love Is Doing pretty well on the streaming giant, adding more than 30 million hours of viewership. So, what are your thoughts on Love Is Blind season 2.