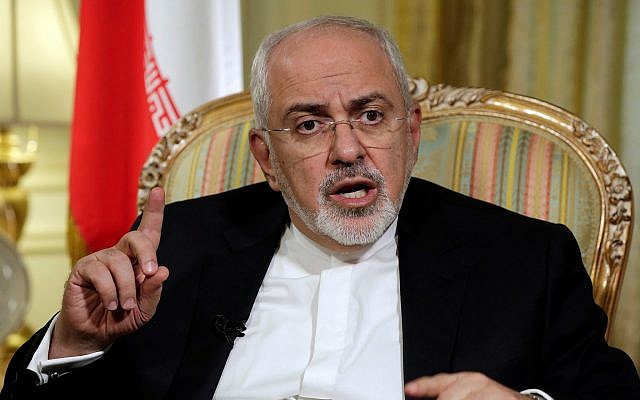 Responding to Donald Trumps’s warning, Iran has back-fired at the US administration, particularly Trump.

The Trump presidency had delivered notice on account of the plans on the part of Iran to resume its uranium enrichment programmes.

In fact, the war of words intensified after a rocket landed near the US Embassy in Baghdad. While there was no one who took the accountability for the attack, Trump tweeted

“If Iran wants to fight, that will be the official end of Iran. Never threaten the United States again!”

However, during when Iran has been reiterating that it has no plans to go into war, the Iranian Foreign Minister decided to tackle the Trump threat in the same language that has been a favorite option for the President.

He stated that “hopes to achieve what Alexander [the Great], Genghis [Khan] & other aggressors failed to do.”

He also claimed that the US President will not be able to fail Iran and Iran will stay put despite the US threats.

Iran has been able to stay tall for millennia and will continue t do so, he added. His tweets have a reference to the continuing tradition of the Iranians despite being defeated and conquered by Alexander the Great and later by Genghis Khan.

By Monday, the war of words had seemingly gone to a huge extent. The UK Foreign Secretary Jeremy Hunt chipped in with his own version of things claiming

“They don’t want a war with Iran, however, if America roars to attack, they will retaliate. Well, the Iranians are to think about it very, very consciously.”