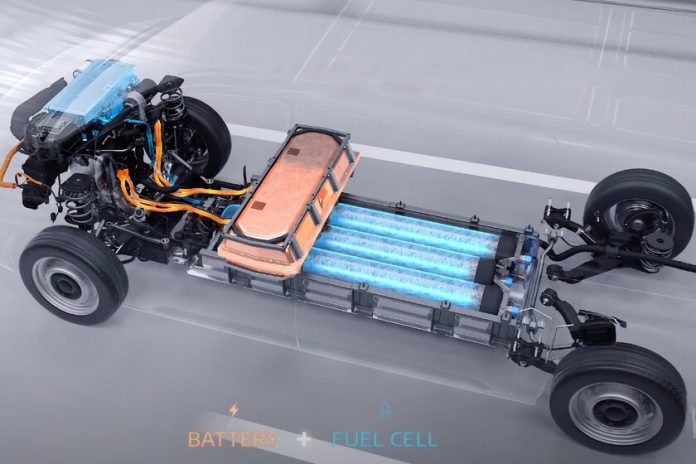 The Stellantis Group, made up of brands such as Peugeot, Opel and Citröen, has announced that this year it will enter the world of hydrogen, equipping various models of medium and large size vans with fuel cells. A new strategy that comes in parallel with the development of electric vehicles and where they are aware of the limitations of pure hydrogen vehicles: the difficulty of refueling and the greatest difficulty of obtaining immediate performance.

Rather than developing vehicles that are solely based on hydrogen, some manufacturers opt for a combined system: hydrogen plug-in hybrids (‘Hydrogen PHEV’). This is how the proposal of the fourth largest manufacturer in the world works, a hybrid solution that reflects what Mercedes-Benz already showed years ago with its GLC F-Cell, a complex technology that the German manufacturer has not finished bringing to fruition but that Stellantis is willing to give him another chance.

A hybrid system that theoretically offers the great autonomy of hydrogen together with electric motorization and a small battery for when it is impossible to refill the hydrogen cell.

What do hydrogen hybrid vehicles promise?

Together with Faurecia and Simbio, Stellantis explains that their vans will use a hybrid fuel cell system. Among the requirements of these vehicles is that they will have the same load volume as the combustion versions, which will have the ability to make a refueling of three minutes and that the autonomy will be greater than 400 kilometers. In order to maintain the internal design, offer a high range and have fast charging, Stellantis proposes a vehicle that will be equipped with a hydrogen fuel cell and a small electric battery.

READ:  at its all-time low price of 336 euros on Amazon

Specifically, a 10.5 kWh electric battery and three 4.4 kg fuel cells. The three tanks are distributed on the central axis and the plug-in lithium-ion battery is located under the front seats. 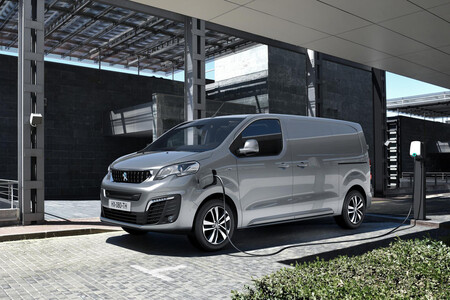 The idea of ​​these hybrid hydrogen vehicles is that the autonomy of 400 km is achieved with hydrogen tanks, but thanks to that small electric battery they will be able to obtain up to 50 kilometers of autonomy, enough to reach the nearest hydrogeneration or obtain sufficient autonomy for short trips. Additionally, having this small battery allows them add regenerative braking ability, like the rest of plug-in hybrid cars.

The main difference is that while these plug-in hybrids combine electric batteries and gasoline, here the alternative is hydrogen. And the electric battery has a more secondary role. 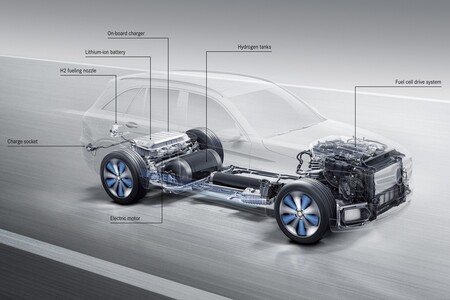 Having the electric motor will allow Stellantis vans to offer up to 136 hp of power and reach a maximum speed of 130 kilometers / hour. However, other hybrid hydrogen solutions could reach higher speeds.

This is the case of the pioneering proposal of Mercedes-Benz with its GLC F-Cell, an SUV presented just over two years ago and where two hydrogen tanks were incorporated together with a 13.8 kWh battery. In the Mercedes vehicle, the power was 200 hp.

READ:  'Adventure', Atari and the developer who wanted to be recognized

Stellantis has not offered more details on the driving of its future hydrogen hybrids, but Mercedes-Benz did explain that the vehicle had four driving modes: a purely electric mode, a charging mode to obtain the greatest autonomy, a hybrid mode that combined the two energy sources and an F-Cell mode where the greatest energy was obtained from the hydrogen engine. 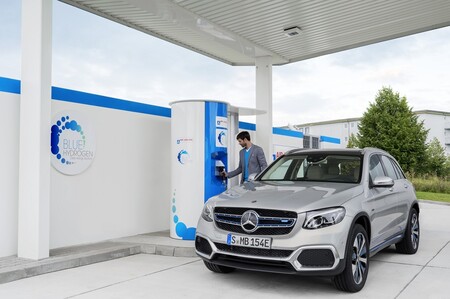 Among the vans that could receive this new hydrogen hybrid version are the Citroën Jumpy, Opel Vivaro or the Peugeot Expert. Three van models that could announce hydrogen-based variants throughout the year.

The development cost of this type of vehicle is very high

Additionally, the Stellantis Group has also anticipated its plans to launch a commercial car, a passenger car that could implement the same hydrogen hybrid system. It would be a model to rival the Toyota Mirai, one of the references in the sector and that also incorporates a small electric battery. Although it is a 1.2 kWh battery, ten times smaller than what Stellantis vans will add.

Selling your junk car for cash has never been easier. Try our online quote system to see how much money you can receive for your car today! Don’t wait until it’s too late, call or click now.

Every day there are hundreds of people who find themselves in the unfortunate position of having their prized vehicle break down on them and becoming a ticking time bomb where one wrong move can render it nothing more than a useless pile of metal.

If you’re lucky, this might only happen once in a lifetime but for many unlucky individuals, they have to deal with breakdown after a breakdown which eventually makes them realize that the best thing they could do is to sell their broken-down car fast.

The manufacture of hydrogen hybrid cars is presented as a proposal that solves many of the hydrogen challenges, however it does not seem an easy path. In the case of Daimler, the parent company of Mercedes-Benz, in mid-2020 it was reported that the manufacture of these F-Cells represented a great cost for the company, up to double that of their electrical counterparts and that for that reason they stopped their development. We will have to wait to find out if Stellantis manages to consolidate its commitment to hydrogen.

In Engadget | A large European network for the hydrogen car: this is the plan of 11 gas companies to connect more than 23,000 km of gas pipelines