The smart TVs Today they have numerous capabilities and functionalities that allow access to a multitude of content on the networks but also connect with the different equipment that we have at home such as sound systems, players, consoles, computers, etc.

One of these functions that can be very useful is the TV sound output to a wireless headset using the Bluetooth interface built into both devices. But what if our TV is older and does not have this feature? Can’t we do it? Is there a way to upgrade without spending a fortune?

The answer is yes. Fortunately, there are small devices on the market that work like Bluetooth receivers and / or transmitters and they are designed precisely for these cases in which we have televisions, players, minicans and even old headphones without Bluetooth.

The main advantage of this type of adapter is its ease of use. Although there are models of all kinds, most are very easy to install and use. In general, it is enough to plug them into the electrical current, to a USB socket or directly they have an internal battery, connect them to the TV by means of a 3.5mm jack cable, analog RCA or even digital optical, and that’s it. 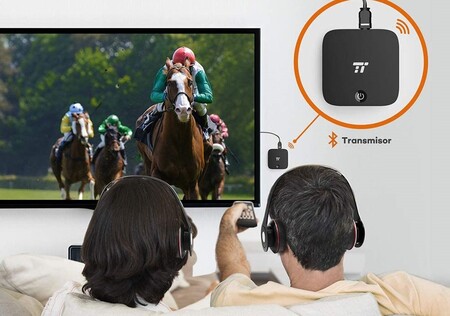 The teams usually work autonomously, no software setups or installations required of any kind, since they take the sound output signal from the TV (for example from the headphone port), transform it into digital if necessary and they send it via Bluetooth to the headphones that we have in the room.

In addition, these types of adapters also usually offer the option to function as wireless receivers instead of transmitters, simply and usually by pressing a simple button on their housing. With this we have the reverse functionality. I mean, we can turn a wired headset or stereo into a wireless one to receive the signal that we send from a smartphone or from a television that this time does have a Bluetooth interface.

As the main drawback we find the dreaded Bluetooth connection delay, which can reduce the user experience in some cases. The problem with these teams is that they work independently from TV, so they cannot adapt the sound output to the image output as is the case with built-in equipment or PC adapters.

For this reason, and despite using the latest standards, it is common, especially in the cheapest models, that we find a small delay in the sound with respect to the image that produces a more or less pronounced desynchronization. Is too much visible? Well, in the models that I have tried in the worst case it was around like the Half a second and at best half that time.

It is something that TV also influences, since if it is very old it may be that it itself apply a slight delay in any of its sound outputs to which we connect the adapter, for example digital or RCA. This minimum delay is not noticeable on its own, but it is multiplied with the one applied by the adapter, especially if it is a cheap model with little processing capacity.

Bluetooth adapters: what to look for 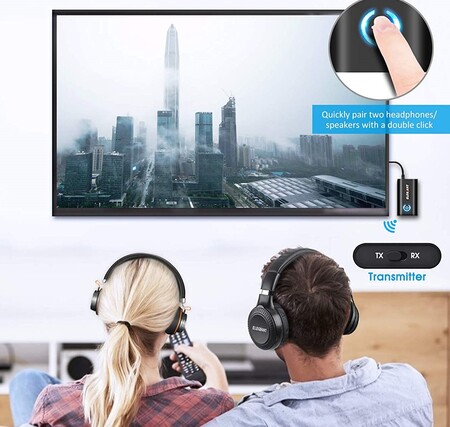 In the market you will find a multitude of more or less complex models that have varied features, but there are some that we have to pay special attention to. To begin with, if you have the option to function as a receiver and / or transmitter. This will allow us greater flexibility of use in the future.

You also have to look at how should we feed the team. There are models with input to external power sources, others that have a built-in lithium battery with a certain duration, models that can be useful if we only use them occasionally. And there are also teams that powered from a USB port, so we have to see if we have one of these shots nearby.

Another point to assess is related to the ability to send the sound signal to more than one headset. For example, there are models that allow you to send it to two or more helmets simultaneously, which enables us to listen to TV programs by several members of the family at the same time using headphones and turning off the TV speakers completely.

Finally, an important point to look at is the connectivity. There are basic models only with a 3.5 mm jack sound input that we must connect to the headphone output of the TV. But there are also more advanced adapters with stereo RCA ports or even digital optics. The latter will give us the best sound quality, although we will probably have to select the output in the TV menu to make them work. 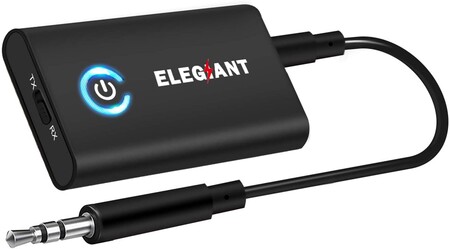 This model ELEGIANT Transmisor Bluetooth 5.0 It is one of the simplest equipment on the market, designed for televisions and other equipment with a connector jack de 3,5 mm. It has the advantage of incorporating the latest version of the Bluetooth standard, 5.0, and a Aptx LL low latency mode both in reception and transmission.

It has a battery for some 10 hours of autonomy, LED status lights and ability to send sound to two earphones at the same time. Its price is around 19.99 euros. 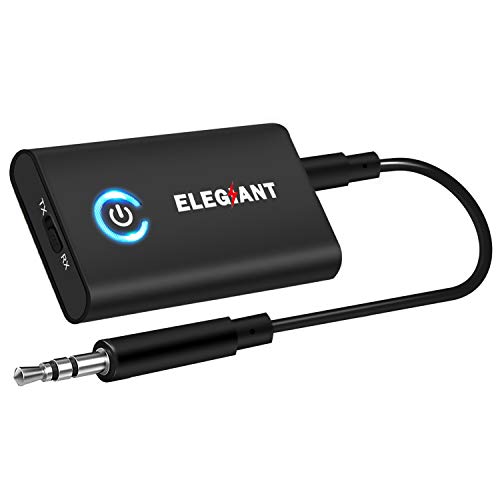 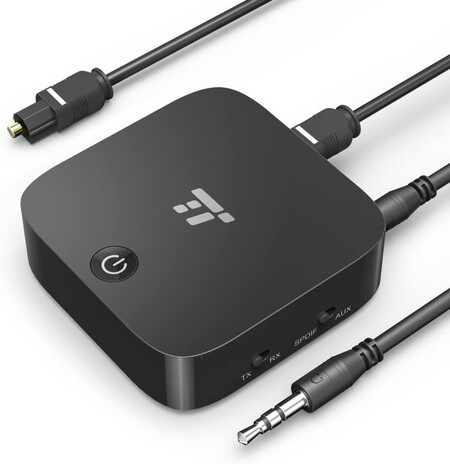 Another interesting model is this TaoTronics Bluetooth 5.0 Adapter, a two-in-one transceiver with internal battery for 15 hours of autonomy and support for standby mode. low latency aptX.

It has an audio input Stereo RCA, 3.5mm jack and digital optics, being able to feed two headphones or powered speakers simultaneously. The internal battery supports charging and streaming at the same time and automatically syncs with previously paired devices. Its price is around 30 euros. 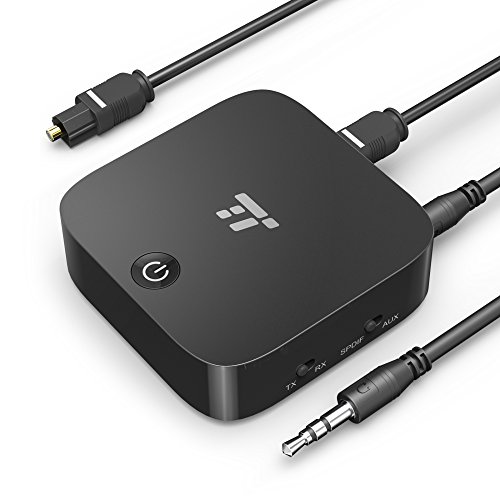 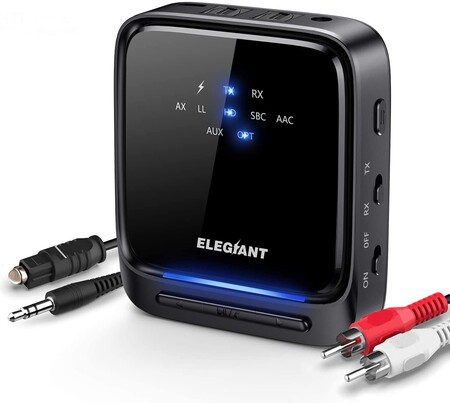 Another interesting somewhat more complex model is this one also from the ELEGIANT brand, a two-in-one receiver with Bluetooth 5.0 low latency compatible with HD sound and with built-in microphone.

It has an indicator that shows the status of the equipment, battery 600 mAh with 24 hours of autonomy which can be used while charging, audio input 3.5mm jack, stereo RCA and digital optics. Its price is about 24 euros. 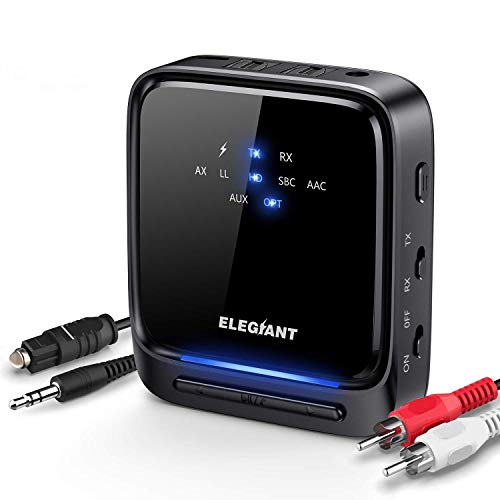