Kanye’s Tweet is like, “Having your amount of likes on display for the world to see and the judge is like showing how much money you have in the bank or having to write the size of your dick on your t-shirt.”

Many Music Artist Supports Kanye’s Post, One of them is Director of A&R at music entertainment. He continues to praise Kanye, “My initial reaction was, oh my God, Kanye, I was like damn, Kanye got to these people’s ear.”

The website The Small Business Blog has recently posted that Hidden Like Feature is Tested in Seven Countries Within a year. They are also tested in Canada and Japan. But after the announcement from Instagram, the question is raised because of the influencers. Because influencers got a flood of like from users and suddenly they got them. But Instagram says that Influencers are not public figures. So update is for the music industry.

Instagram helps the artist to boost up in their career. One another rapper protest the decision of Instagram to hide likes. Rapper Yung Bans Said, “I think Instagram is tripping right now, Whoever is coming up with these ideas, they need to stop. They’re defeating the purpose. The app is a good successful app. Quit changing stuff for no reason, just trying to make little rules to make these apps lame. We’re going to make a new Instagram if they keep playing.” 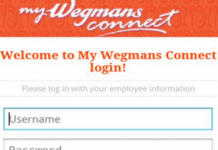