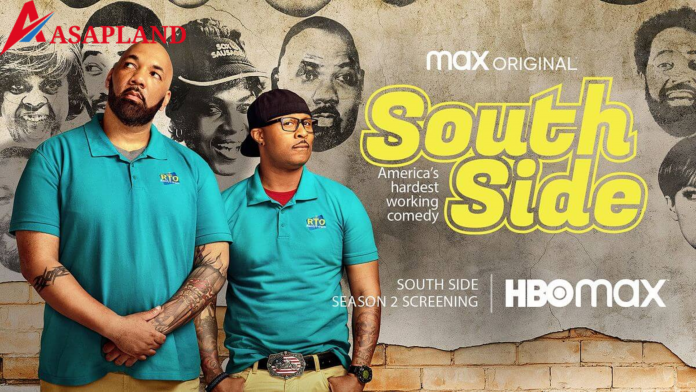 HBO Has Renewed South Side For An Upcoming Season 3

Seasons 1 and 2 of South Side received gushed reviews, and fans eagerly anticipate the third season. No wonder the show has compiled a supporting fan base of people who enjoy binge-watching a good comical riot TV show.

And if you’re one of the fans who’s been waiting for additional information on South Side season 3, your search has come to an end. Here, We’ll discuss the release date, cast, plot, trailer, and more about the show’s third season.

HBO Max has confirmed the renewal of “South Side” for a season 3. The comedy series’ third season will be the show’s second season to air on HBO Max.

Season 1 premiered on Comedy Central in 2019 before being sold to HBO Max in September, along with rival Comedy Central series “The Other Two,” which was renewed for a third season. HBO Max is presently streaming the first two seasons of “South Side.”

South Side is a comedy series that premiered on Comedy Central before moving to HBO Max for Season 2 in November 2021.

It follows two pals who have just graduated from community college and are out to own the world, but they’re stuck working at Rent-TO-Own until they can.

The show, which was shot on location in Chicago’s Englewood neighborhood, gives viewers a real sense of what life is like on the South Side.

South Side was praised for its honest approach to life in Chicago without needing to focus on crime and poverty, which are common themes in movies and TV shows set in the city.

It offered a relentlessly entertaining blend of workplace comedy like NBC’s The Office and the millennial struggle with “slow adulting” like HBO’s Insecure.

Every episode is unpredictable — and immensely enjoyable — because the show combines nonsense comedy with ordinary pet peeves.

Bashir Salahuddin and Diallo Riddle, the show’s co-creators, stars, and executive producers, said, “We are blessed,” and explained that it is delightful to have a show revolving around their favorite city.

The best part is that the actors get to work alongside their family and friends. South Side is a sitcom that is oddly relatable to the common masses. Even though the show has been renewed, there’s no hint as to what will happen to the characters in the next chapter.

Bashir Salahuddin, Riddle, Quincy Young, Chandra Russell, Zuri Salahuddin, and Nefetari Spencer are among the show’s other cast members. It was created by Bashir and Riddle, who also act as executive producers on the show.

The show has yet to be allocated a release date for season 3. Because of the pandemic, the sitcom has had a delay in confirming any updates. However, we do not believe the team would halt production in any way.

The first two seasons of South Side, with a total of 20 episodes, were quite successful. Viewers were enthralled by the new comedy and relished every moment of it. So, what are your thoughts on the South Side? Have you streamed the previous seasons?