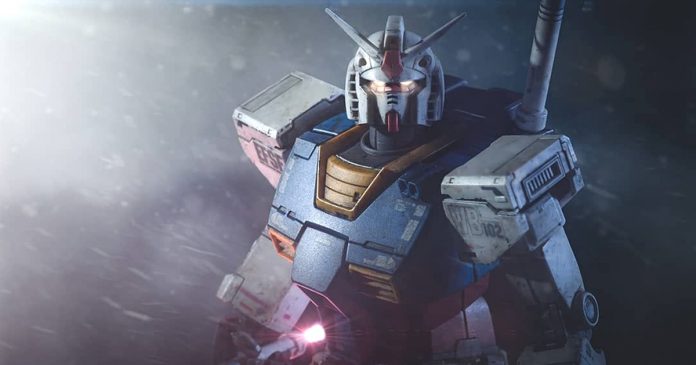 Gundam announced that production has started with a new poster and it is a popular sci-fi franchise that has appeared in anime, manga, games and has been mentioned in various ways since its debut in 1979.

The franchise has helped define the giant mech genre for many generations of fans. As with many nostalgic and influential anime properties, efforts to bring it to the big screen have been lengthy, with Legendary Pictures developing a movie live action since 2018.

Where does the live action Gundam movie premiere?

It was recently announced that Jordan Vogt-Roberts, Director of Kong: Skull Island, would direct the next Gundam film from a script by Y: The Last Man creator Brian K. Vaughan. The film is a production between Legendary Pictures in conjunction with Sunrise Inc. and will be released in Netflix.

With a recently announced director, fans would have assumed it would be some time until more news about the project came out, but the studio has decided to capitalize on the publicity surrounding the project on a poster that The Truth News share you below.

Sunrise Inc., the Japanese animation studio behind Gundam, took to Twitter to announce that the live-action Gundam film has begun production. The image shows the massive scope of the project and presumes to fans that the story will take place beyond Earth.

The announcement of the production does not indicate that the cameras have started filmingbut it does mean that the film has entered the pre-production phase, including work on concept art, finding locations, and starting the casting process.

Vogt-Roberts is also currently set to direct Metal Gear Solid in order to Sony Pictures, and that movie had already cast Oscar Isaac as Solid Snake. However, given the big Gundam announcement, it could imply that Metal Gear Solid is on hold for the time being and that Gundam has priority for the filmmaker.

What exactly is Gundam?

Gundam is one of the most influential anime, and while it’s arguably the most iconic giant mech, it’s coming to a world where they’ve become mainstream.

Audiences around the world have been exposed to giant machines in various projects over the years, including the film series The Transformers and the franchise Pacific Rim de Legendary Pictures.

Recently in Godzilla vs. Kong, the public received the last incarnation of Mechagodzilla. With all of those projects, many of them influenced by Gundam, the pressure is now on the creatives involved to deliver a film that lives up to the huge legacy of the Japanese franchise.