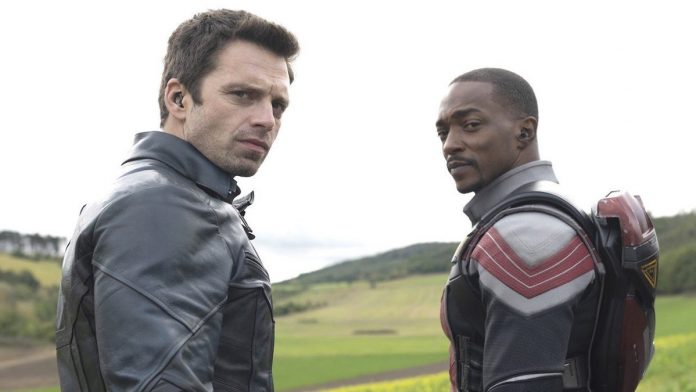 Warning: this article contains spoilers for episode 5 of Falcon and the Winter Soldier, ‘The Truth’, now available to stream on Disney +.

According to reports, the surprise cameo of Falcon and the Winter Soldier in episode 5 was scheduled to appear for the first time in the film Black Widow from Marvel.

The penultimate installment of the MCU’s latest Disney + series leaned toward anticipating a surprising cameo and the episode delivered on that promise. with the arrival of a new and mysterious villain, which conveniently appeared moments after John Walker was stripped of his Captain America title for brutally attacking one of the Flag-Smashers in broad daylight.

After his discharge from duty, Walker is approached by a woman who introduces herself as the Contessa Valentina Allegra de Fontaine. The comedic character is played by none other than Emmy Award-winning actress Julia Louis-Dreyfus, who effortlessly adopts her new villainous persona. while offering to help Walker with his current situation.

READ:  Falcon and the Winter Soldier: We explain the post-credits scene to understand its ending

If the arrival of Valentina Allegra de Fontaine seemed a bit unexpected, Vanity Fair may have a possible reason for that, as sources close to the series, allegedly revealed that “Louis-Dreyfus was scheduled to appear for the first time in the Black Widow movie that, In a pre-pandemic world, it was scheduled to debut in theaters on May 1, 2020. “.

It’s interesting to know that Louis-Dreyfus should perhaps have made his MCU debut earlier, as it means that potentially we could have had more information about the character before his meeting with Walker. It also indicates that Marvel is potentially grooming the star for a continuing role in the Marvel Cinematic Universe, or at least in Phase 4 of the same.

For those unfamiliar with the character, Valentina Allegra de Fontaine is most commonly associated with the SHIELD organization, having made its debut in “Nick Furia, SHIELD Agent” in Strange Tales # 159. In the comics, Valentina Allegra de Fontaine quickly becomes a love interest for Nick Fury, though she is eventually revealed as a Russian agent who takes on the role of Madame Hydra.

After Falcon and the Winter Soldier comes to an end next week, looks like we might see Louis-Dreyfus again in the movie Scarlet Johansson’s solo, Black Widow, which will hit theaters and Disney + (with Premier Access) on July 9, 2021. Before that though, we’ll see Tom Hiddleston return. as the God of Mischief for Loki, the third MCU television show on Disney +.