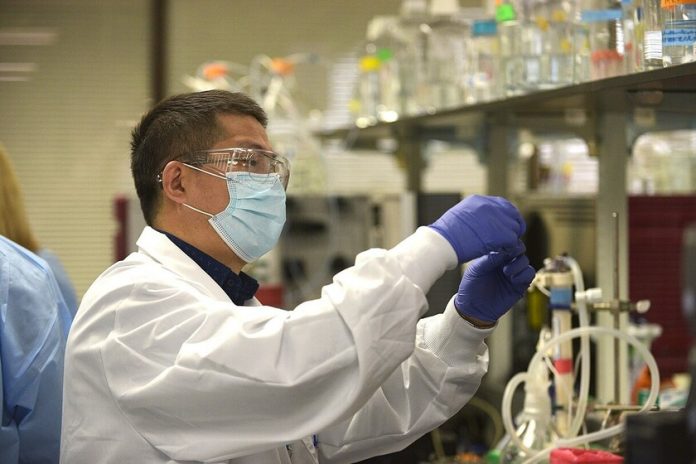 In Spain already four COVID-19 vaccines are being administered (Pfizer, AstraZeneca, Janssen and Moderna). Until now, the one with the most numbers to become the next candidate to join the ranks was the Russian Sputnik V, however a German and an American vaccine are likely to be ahead.

The German CureVac: same principle as Pfizer and Moderna

Like Pfizer and Moderna, the technology behind CureVac is messenger RNA and is also delivered in two doses, which are injected at an interval of 28 days. The big difference is that the conservation characteristics are better, since it does not need freezing: it can be kept with normal refrigeration, between 2ºC and 8ºC (Pfizer requires -70 ° C).

Regarding its efficacy, although specific data on it have not yet been released, some 35,000 volunteers from Europe and Latin America have participated in phase 3 clinical trials. Furthermore, according to preclinical studies (with mice genetically modified to express the ACE2 receptor, the gateway of the virus into human cells), CureVac would also be effective against the South African variant (B.1.351).

However, we have to wait for a sufficiently high efficiency, and that is enough for us. Because, when it comes to the percentage of efficacy, it is done under ideal laboratory conditions, and this should not be interpreted as “protection” or “percentage of people protected”, but rather as a reduction in the relative risk (RRR) of becoming ill in vaccinated patients. with respect to the unvaccinated. For the WHO, the minimum efficacy is 50%: only one sick person among those vaccinated for every two who contract the disease in those who are not vaccinated. And there are still no trials of efficacy compared between vaccines, so there are no first and second vaccines in terms of efficacy.

Approval for CureVac could be in May or June. In this case, the company estimates that it could manufacture 300 million units of this vaccine throughout this year and, by 2022, increase this quantity to 600 million units. Given the good expectations, the European Commission has closed an agreement to buy 225 million doses, with the possibility of adding an additional 180 million, of which 48 would arrive in Spain between June and September.

Novavax uses very conventional technology, because it is based on proteins; the one used, for example, to develop vaccines against hepatitis A, hepatitis B and influenza. If messenger RNAs ‘order’ the body’s cells to produce a protein, or a specific portion of a protein, capable of triggering an immune response, Protein subunit vaccines use specific parts of a virus to induce an immune response (to create antibodies against SARS-CoV-2, small harmless fragments of protein S are included).

The purified protein is encoded by the genetic sequence of the SARS-CoV-2 protein S and is produced in insect cells. It cannot cause COVID-19 or replicate, is stable at 2-8 ° C, and its distribution can use existing vaccine supply chain channels.

If approved, Novavax would be the first protein-based COVID-19 vaccine, and based on what happens with other vaccines that use this technology, it is likely that it will require booster doses to achieve full immunity.

READ:  Fantasian is the good first step of many more that Apple Arcade needs: App of the week

Novavax is in phase 3 clinical trial, carried out in the United Kingdom and including more than 15,000 participants between 18 and 84 years old, with 27% being over 65 years old. In January the company announced in a statement that its efficiency was 89.3%. In March he completed the trial and raised the efficacy to 96%. It also seems a good candidate against the South African variant, although its effectiveness was reduced to 55.4%.

The European Commission has reserved 100 million doses (with an option for 100 million more) and, if there are no inconveniences or delays, it could be available by April. In addition, this is the first vaccine that has been announced for production in Spain, at the Zendal pharmaceutical factory in O Porriño (Pontevedra).

So, very soon, we could have up to six vaccines doing their job to achieve the desired 70% immunized against COVID-19 by this summer.