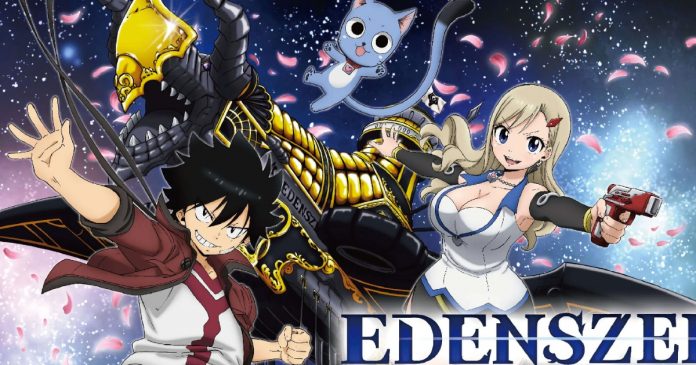 The creator of Edens Zero, Hiro Mashima, has celebrated the official debut of the new anime with a special sketch. Fairy Tail might have brought its anime to a close some time ago, but fans have been eagerly waiting to see which of its works would get an official adaptation of the next one.

This turned out to be Mashima’s newest series, Edens Zero, which finally made its anime debut after publishing almost 150 chapters in Weekly Shonen magazine by Kodansha. Your program is part of the calendar of spring 2021 of new anime releases and the creator celebrated the debut in style.

After a great countdown to its premiere with a series of special sketches that highlight each of the main characters of the series, Hiro Mashima took to Twitter to celebrate the official debut of the Edens Zero anime with a cute new sketch featuring this series’ main trio: Shiki Granbell, Rebecca Bluegarden, and Happy.

Happy from Edens Zero the same from Fairy Tail?

The version of Happy in the Edens Zero universe is completely different from his Fairy Tail incarnation and this was confirmed by the creator of the series. However, the character maintains the same voice actress, Kugimiya Rie.

Shiori Izawa as EM Pino, Sayaka Ohara as Elsie Crimson, Houchu Ohtsuka as Ziggy, and Kikuko Inoue as Mother. Edens Zero may be currently streaming in Japan, but the series will be officially available to stream via Netflix later this fall.

They describe the new anime series as such: “It is the year X492, a time when people travel freely through the universe. Rebecca, a video creator B-Cuber, visits the robotic world of Granbell and meets a young man with special powers: Shiki, who has lived all his life among machines.

“Soon, Shiki is exploring the cosmos with Rebecca, finding new places, people and things, and making friends along the way. Join the adventure starting in 2021 on Netflix. “What do you think of this new Hiro Mashima series? Fairy Tail has come to an end, but Edens Zero offers a feeling of nostalgia with its characters.