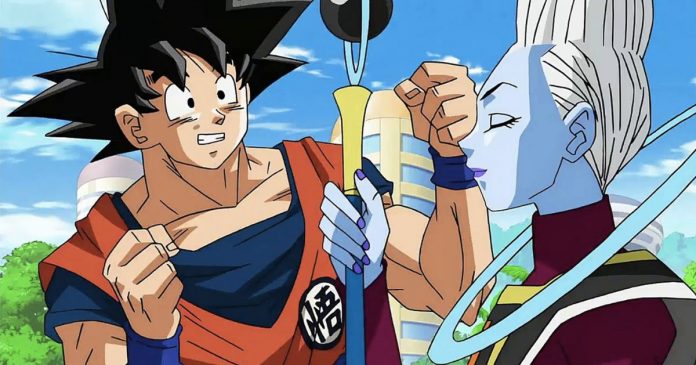 Dragon Ball Super is set to release a new chapter this month, and the manga has great things in store for the launch. After the last chapter, fans are eager for Granola to meet Goku Y Vegeta, as the trio is on a collision path.

And now, the first look at Chapter 71 it was published this month. The post comes from DbsHype1 on Twitter when they shared the first draft of chapter 71. It was there that Dragon Ball Super fans saw a single panel from the big release, and it focuses on Goku in the middle of his last training.

As you can see below in The Truth News, the panel shows Goku sitting on the ground with his hands clasped in front of him. Whis is shown in front of the Dragon Ball Super protagonist standing, and the angel is asking a question: “Do you know the biggest difference between us Angels and you, Goku?” Whis asks.

Clearly, these two continue their training in chapter 71 of the manga, and that’s a good thing. Granola is targeting the boys right now, and has a great grudge to resolve. The bad guy blames the Saiyajin race for the death of his people. And with his wish in full effect, he is one of the strongest warriors in the entire universe.

If Goku and Vegeta want to defeat Granola, they will need to become stronger than they were when Granola’s wish was made. Beerus is helping Vegeta reach that goal thanks to Hakai, but Whis has yet to show his cards to Goku.

So if the angel has any plans up his sleeve, we would like to know as soon as possible. We remind you that you can read the Dragon Ball Super manga in VIZ Media, Shonen Jump and MANGA Plus. The arc Granola The Survivor from Akira Toriyama Y Toyotaro premieres chapter 71 on Tuesday, April 20.