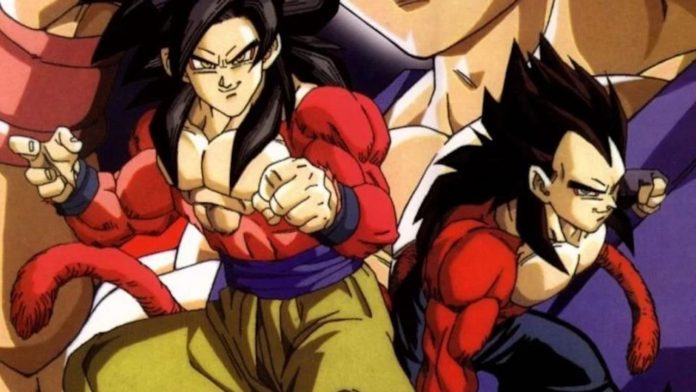 Loved and hated by the fandom, Dragon Ball GT it has undeniably given us one of the most iconic and powerful transformations of the franchise, the Super Saiyan 4. This form, which we remember is non-canonical as Akira Toriyama is not directly responsible for the series, is clearly different from the previous ones. Here are some of its secrets!

Even at first glance it is easy to see that Super Saiyan 4 is well different from previous versions. The thick dark hair instead of blond, the red fur and the regrowth of the tail; but these are not the only main characteristics of this transformation. Here are five lesser known secrets.

As shown by the fight between Goku and Baby, in which the protagonist channels the energy of the rival to throw a 10x Kamehameha, the Super Saiyan 4 is capable of absorb energy. This technique does not require any particular effort, the user simply manages to retain energy, channel it and reject it.

The key to transform in Super Saiyan 4 it is the queue, as well as having passed the Golden Oozaru stage. However, even though he no longer possesses a tail, Vegeta manages to achieve this evolution by exploiting the technology of his wife Bulma. Through the Bluet Wave Generating Machine, which generates light beams similar to those of the moon, the Prince is able to match Goku.

A small detail that you may have overlooked is the fact that Goku and Vegeta when they transform into Super Saiyan 4 automatically repair their combat suits. Usually, when a Saiyan transforms, the powerful aura tears the clothes to shreds, but in this case, on the contrary, it regenerates them. To this particularity, however, there is no certain answer, no one has ever given explanations on this bizarre feature.

READ:  ‘Lucifer’ Season 5: Filming Begins & What We Know So Far

What if Super Saiyan 4 was there form of ancient legends of Planet Vegeta? Potential proof of this comes from Dragon Ball Z. When Vegeta discusses the legend, he associates the legendary Super Saiyan with the transformation of Golden Oozaru, key to achieving Super Saiyan 4.