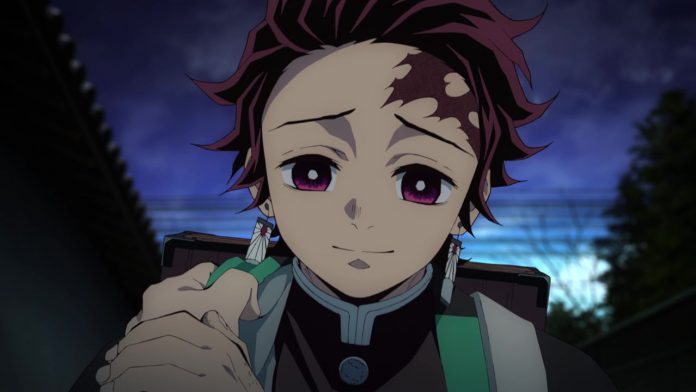 Voice actors in Japan are real celebrities, in some ways comparable to the popularity of Hollywood actors in the West. However, the animation industry is full of problems and they too are not exempt from all of this. In any case, the success of Demon Slayer: Infinity Train has allowed us to deepen the question.

Some time ago, Urokodaki’s voice had revealed that the the success of the film had absolutely no impact on their salaries as voice actors. Also Natsuki Hanae, a well-known face in the industry and voice actor of the protagonist, Tanjiro, had revealed on Nippon Television Network that he had not received even a penny more from the explosion in popularity of the franchise.

Livedoor News went to investigate the matter to interview some people involved and a couple of voice actors. One of the producers interviewed confirmed the words of Tanjiro’s voice by explaining: “As Hanae-san said, voice actors have “ranks”. In the case of belonging to an affiliated agency, the first three years of employment are considered “Junior Rank”. The salary is set at 15,000 yen per film, or about 120 euros. Even if the actor is selected for a lead role, he will still receive that amount and the same goes for a supporting actor or a filler (such as a passer-by), all regardless of the number of lines he occupies. I don’t know exactly what rank Hanae-san has in the industry but, given her comment, she is supposedly in the 15,000 yen realm. Even if a project becomes a huge success, the voice actors get involved in their production they will receive nothing from these proceeds. However, as far as a production the size of Demon Slayer: infinity Train is concerned, the voice actors can obtain rights by appearing in other programs, as well as from the sales of products that use their voices, and therefore not only from their characters.“

READ:  What Time Is It In Georgi?

The producer himself goes further in detail: “Under current labor laws and assuming Hanae-san is in the lowest salary bracket, her profit from Demon Slayer: Infinity Train would be estimated at about 86,250 yen, equivalent to about 700 euros. If we extrapolate the grades, there isn’t much difference between the salaries of Hanae, who played lead character Tanjiro Kamado, and Akari Kitou-san, who played Nezuko Kamado with far fewer lines.“

Finally, a survey on the market closes the question, in particular referring to the videogame market, with the words of another voice actor:

“Recently there have been cases where the video game industry offered better wages than the anime industry. Depending on whether your voice usage time is fixed or extended, you may receive royalties without having to do anything else. There are a lot of jobs to play characters in video games. In this industry, salaries range from a few thousand yen for a full job up to 100 yen per word (with an average of twenty for each line), although the latter applies to projects with a very broad dialogue.“