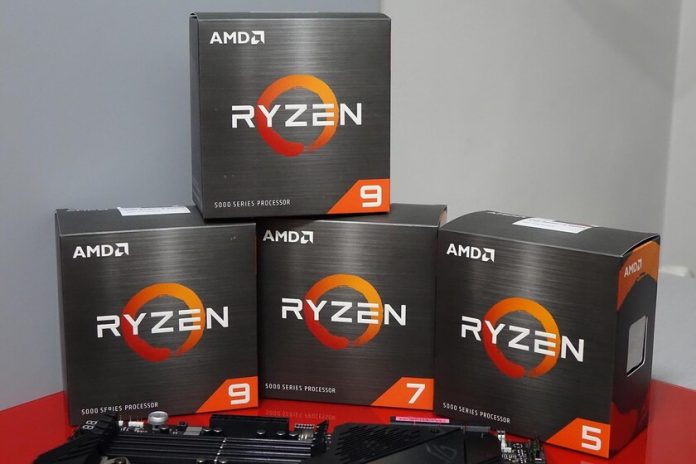 Without much fanfare and without making a lot of noise, AMD today unveiled its new seven-nanometer processors from the Ryzen 5000 family, Ryzen 9 5900 and Ryzen 7 5800. They are two interesting processors, but unfortunately they are exclusive to OEMs, so a priori they will only arrive in pre-assembled equipment.

Both models are slightly trimmed versions of their X brothers. Basically, AMD has lowered the TDP of both chips and its base frequencies. One of the first devices to mount these processors will be the Alienware Aurora Ryzen Edition R10 Gaming Desktop.

As we can see from the table above, AMD’s new processors are trimmed versions of their Ryzen 9 5900X and Ryzen 7 5800X siblings. More or less, AMD has cut the 105W TDP from the base models up to 65W, with the consequent reduction of frequencies.

As we indicated previously, the new AMD processors cannot be purchased separately, but will arrive inside pre-assembled computers. AMD, at the moment, has not revealed its official price.