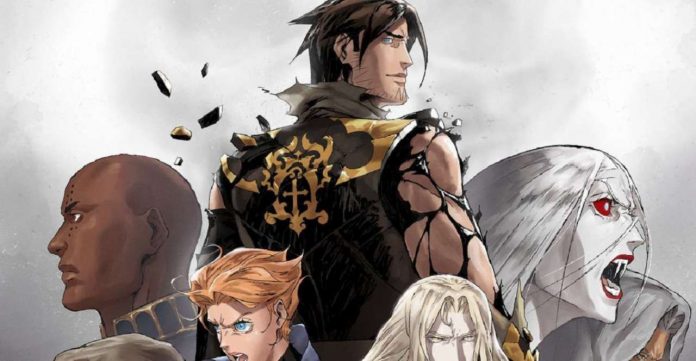 The return of Castlevania is getting closer and closer, and today Netflix surprisingly showed the first poster of Season 4. Sam Deats, director of the series, commented on the news stating that “much more will be shown soon”, so we can expect a trailer or the reveal of the release date before the end of the spring season.

After three seasons received incredibly positively by critics and audiences, the Powerhouse Studio team is ready to return with a season that the director has already called it “phenomenal“despite the absence of the talented Warren Ellis, removed from his role as screenwriter due to an unpleasant episode that saw him star in July 2020.

The poster shown below shows Trevor Belmont in the foreground, along with Alucard, Sypha and other characters. The key art is as great as ever, and if you look closely you will also notice that Alucard is holding his iconic shield, a piece of equipment that video game fans will remember well.

We remind you that Castlevania is a series produced by Netflix, and that the first three seasons are available for viewing by all subscribers to the service, even with Italian dubbing. Voice actress Alejandra Reynoso (Sypha Belnades) called the fourth season incredible, so expectations are obviously skyrocketing.