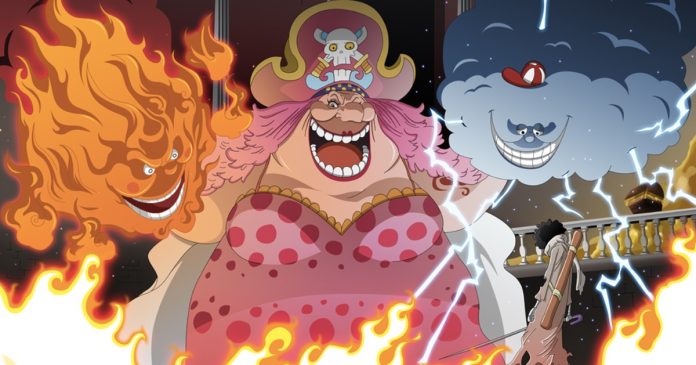 The previous chapter of the successful manga shonen One Piece showed the disturbing conflict between some of Big Mom’s henchmen, specifically Zeus and Prometheus. Given the situation, there is a chance that Zeus will return to Nami and help her fight Kaido’s henchmen in the current War on Onigashima.

One Piece 1011 release date and where to read

Warning! The following in The Truth News contains spoilers for chapter 1010 and next chapter 1011 of the manga created by Eiichiro Oda. We remind you that the series is on hiatus and will return on April 25th in the MANGA Plus app.

The Supernova’s attempt to separate Big Mom and Kaido was only successful because they handled their friends and prevented them from helping Yonko. Charlotte Linlin cried for Zeus to save her, but Cloud’s friend was trapped inside Kid’s box.

While Prometheus did everything he could to save Yonko, Zoro’s relentless attacks prevented the sun homie from moving. Kaido intervened and his attacks served as a distraction allowing Prometheus and Napoleon to rush to Big Mom’s aid.

The sun homie effort paid off as he arrived just in time and caught a falling Big Mom. The Yonko thanked him for his brave effort and wondered what would happen to her friend from the cloud.

Prometheus told Big Mom that Zeus stopped them. The homie from the sun asked the Yonko for a favor. As for what this favor could be, no one knows. However, the previous One Piece installment revealed that when Kid and Killer approached Big Mom’s location, they noticed swirling clouds floating in the sky.

There is a possibility that Zeus found out about the conversation of Big Mom and Prometheus and his homie’s sarcastic comment about the sun against him. Zeus, Napoleon, and Prometheus seemed to get along well in the past.

However, when Zeus was distracted and used by Nami during the Whole Cake Island arc, Prometheus began to treat him harshly. The cloud homie is the most powerful among other homies because he is a fragment of Big Mom’s own soul.

The swirling cloud above could be Zeus preparing to launch his attack and it has not yet been revealed whether he will be heading to the Supernova or Big Mom. It would be interesting to see Zeus jump off the ship once more in the shonen series, but whether this is going to happen in One Piece chapter 1011 remains uncertain at this point.