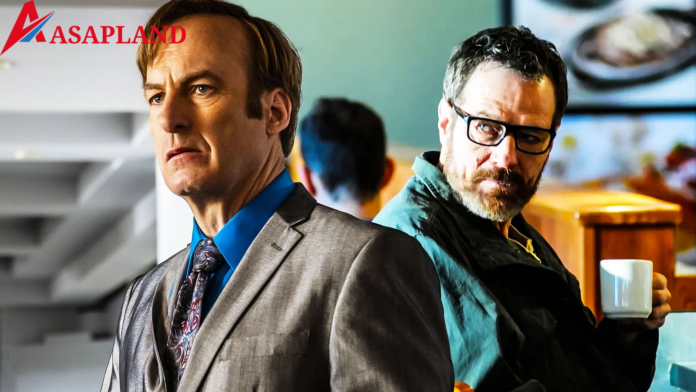 Better Call Saul Season 6 Is Right Around The Corner

We haven’t seen Jimmy McGill in almost two years since he finished his transformation into the Saul Goodman we met and gushed over the mothership Breaking Bad series at the end of the previous season.

To say the least, season 6 production has been challenging. It was not only one of several productions impacted by the pandemic but it was also suspended in July 2021 when Bob Odenkirk suffered a heart seizure onset.

We feel relieved that the actor is now in good condition, and fans can look forward to Season 6 in only two months.

However, Odenkirk admitted that when he initially read the screenplay, he had second thoughts on the finale of the show.

The actor gave his thoughts on the episode in an interview with the New York Times, which took place right after he was done reading the lines.

The interview happened when the show was still under filming the final season, and the feature article documented his conversation with co-star Rhea Seehorn. She played Kim Wexler on the show.

The sixth season of Better Call Saul will finally premiere on April 18, 2022, according to THR. The 13-episode season will be broken into two blocks with a break in between, as is customary for AMC.

Following the first seven episodes, there will be a six-week break before the final six episodes run on July 11, 2022, and the series will come to a close.

AMC also announced that three short-form shows tied to the world would launch this spring, in addition to the release timing for Better Call Saul.

Jimmy’s Adventures in Chicago is a six-part animated series about Jimmy’s explorations while living in the city of Chicago. Cooper’s Pub is a film starring Seehorn that explores the lives of commoners in a neighborhood in Los Angeles at a bar.

In the Season 2 episode “Better Call Saul,” the original series introduced Saul Goodman, Walter White, and Jesse Pinkman’s corrupt lawyer. After becoming implicated in White’s misdeeds as a drug lord, the lawyer is compelled to disappear to Omaha, Nebraska, under a different name.

The teaser of Better Call Saul season 6 is followed by a text that tells us to “mark our calendar,” yet it never mentions a Season 6 launch date. But hold on! A crime scene worker is seen in the video laying out evidence tags with the letters “D” and “R,” which some fans have deduced to suggest the release date is 18th April 2022.

Since April 18th is a Monday, and Better Call Saul has traditionally broadcast on Monday nights, this makes sense.