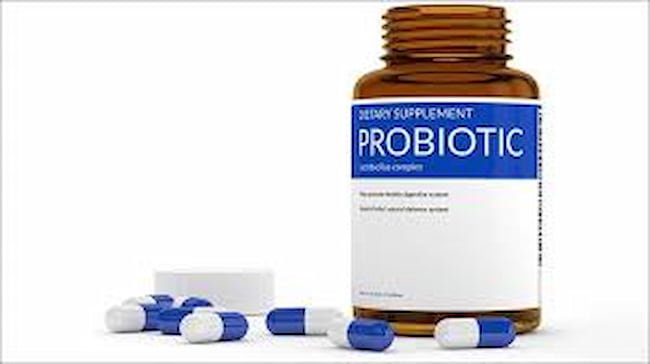 probiotics help control the growth of harmful bacteria in the body and those that cause tooth decay and gum disease. Probiotics may also be effective for intestinal infections such as traveler’s diarrhea and irritable bowel syndrome (IBS) and vaginal yeast infections, and urinary tract infections.

probiotics enhance the body’s ability to fight disease by stimulating the immune system. They may also improve symptoms of allergy-related conditions, such as thrush and eczema, and other chronic diseases such as inflammatory bowel disease (IBD) and irritable bowel syndrome (IBS). Probiotics also strengthen the immune system against infections of the urinary tract, respiratory tract, and skin.

some studies suggest that probiotics can reduce the risk of developing colorectal cancer. Researchers are unsure whether increasing intake of probiotics might help prevent specific types of cancer, including breast cancer or prostate cancer. Some evidence suggests that certain probiotics might decrease the risk of getting cancer.

probiotics might help maintain strong bones in women who are past menopause. Scientists have found that certain probiotic strains can influence the formation of new bone cells, leading to stronger bones. However, not all studies agree on this point.

There is some evidence that taking probiotics with yogurt might help obese people lose weight. However, this area of research is still new. Researchers are still working to find out more about how probiotics can be used in weight loss programs for both children and adults.

There is some evidence that probiotics might play a role in preventing food allergies in infants by exposing them to allergens (proteins in foods that cause allergies) at an early age. However, further research is needed to confirm this.

Some preliminary research suggests that certain probiotics may impact the way the brain sends signals to your gastrointestinal tract, which could help prevent or treat some types of irritable bowel syndrome (IBS) or inflammatory bowel disease (IBD). More studies are needed to understand the effects entirely.

probiotics might be combined with standard antibiotics to prevent recurrent urinary tract infections (UTIs) in women. Researchers have found that using probiotics reduces the frequency of UTIs, but only in women who are prone to them.

probiotics don’t appear to play a role in the treatment of depression. However, some research suggests certain strains could affect mental health conditions related to mood disorders.

Most research suggests that probiotics don’t help reduce the frequency of diarrhea. However, there’s some evidence that probiotics may shorten episodes of acute infectious diarrhea in children and adults.

There is some evidence that probiotics might play a role in preventing food allergies, particularly among children. More research needs to be done before we know if the use of probiotics can prevent or treat food allergies and whether it’s safe to take them long-term. Keep in mind that not all studies have found the effects of probiotics on food allergy.

READ:  Benefits of a Coffee Face Mask for Healthy Skin

There’s some early research to suggest that certain probiotics might be helpful in preventing serious liver damage. However, more studies are needed before recommendations can be made.

There is conflicting evidence about whether probiotics might benefit heart health or affect the risk of cardiovascular diseases like heart attack, stroke, or atherosclerosis. Some research suggests that probiotics might cause mild low blood pressure when taken along with some antibiotics. But more research is necessary before a conclusion can be made.

There is evidence that certain probiotics may help control irritable bowel syndrome symptoms, such as bloating and abdominal pain. But more studies are needed before definitive conclusions can be made.

20. Diarrhea related to antibiotic use:

Probiotics are generally good bacteria that you find in your intestine. They help in the development of a healthy immune system and keep bowel movement smooth. If taken in adequate quantity, these may also help in weight loss to some extent. Here are the benefits of probiotics’ weight loss that affect their role in weight loss.

One of the main functions of probiotics is to keep your digestive system working smoothly. Since obesity has been linked to poor digestion, it makes sense that having enough probiotics will help with weight loss and keep you generally healthy. In addition, a study published in the International Journal of Food Sciences and Nutrition found that people who ate probiotics had better digestion than those who didn’t.

Finnish researchers found that the probiotic bacterium Lactobacillus gasseri can reduce hunger and appetite. The study also indicated that the bacteria might act as a supplement to traditional weight loss methods.

READ:  High Protein Snacks That Are Healthy and Portable?

Researchers from Ohio State University found that prebiotics, a kind of fiber that is not digestible by the body but feeds good bacteria in the gut lumen, increase metabolism. This led to weight loss and improved insulin function among obese individuals. So if you have enough probiotics in your gut, you will likely have increased metabolism as well.

Bifidus bacteria present in probiotics help increase Vitamin B9 and other minerals such as calcium, magnesium, and iron from foods. This is thought to contribute to weight loss.

According to a study published Drug Metabolism and Disposition, prebiotics increased Vitamin B12 absorption from food ten times. This is important, as Vitamin B12 deficiency can lead to weight gain and other symptoms related to a lack of nutrients in the body.

A study published in The Journal of Nutrition found that obese women who consumed probiotics for 12 weeks saw a decrease in insulin resistance and belly fat.

Probiotics are considered beneficial, but they do have side effects. Before buying any probiotic supplement, you should know what these are.

Allergies to probiotics are rare. However, some people may have an allergy to Lactobacillus or bifidobacterium, two of the most common probiotic strains. If you experience a skin rash, hives, itching, or difficulty breathing after taking a probiotic supplement, seek medical help immediately.

Probiotic supplements can interact with certain medications or worsen symptoms of existing conditions such as irritable bowel syndrome (IBS). You should consult your doctor before taking probiotics if you have a chronic condition such as IBS.