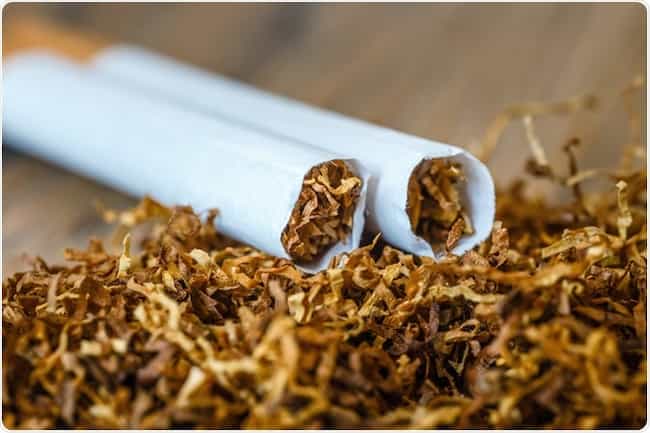 Benefits and Side Effects of Nicotine , Nicotine in e-cigarettes

“Nicotine is a highly toxic plant alkaloid belonging to the family of tobacco-specific compounds known as “Nicotine Alkaloids.” Nicotine acts on different receptors in the brain and throughout the body. As a result, it brings about acute effects on moods, attention, concentration, memory functions, and physical activities like breathing, heart rate, etc.

It curbs the appetite by affecting hunger signals. It is also responsible for many psychosomatic disorders, depression and affects thinking processes like reasoning, decision making, comprehension & vocabulary.

“At lower doses, it stimulates certain areas of the brain, producing alertness, arousal, relieving stress or anxiety to some extent. However, at higher doses, it has adverse effects on moods and produces symptoms like anxiety, restlessness, etc. In addition, nicotine is a highly addictive substance which can lead to dependency.”

“It affects the nerves that are responsible for sending signals to all parts of the body. These signals control many different functions such as heart rate, blood pressure, digestive processes, etc.

The effect of nicotine on these nerves is responsible for many of the effects of nicotine withdrawal, such as increased appetite and sleep difficulties. Nicotine also stimulates the adrenal glands to release stress hormones which trigger the “fight-or-flight” response mechanism.”

Vaping is an alternative way to get your nicotine but without all the harmful effects of tobacco. Tobacco smoking is linked to lung, throat, mouth cancers, and other illnesses, while vaping has not been proven to cause any disease or disease yet.

E-cigarettes are also an effective way to stop smoking because they simulate the act of smoking. That’s why many people use them as a replacement for regular cigarettes and other tobacco-smoking products.

There are many different types of e-cigarettes and vaping kits available, so these devices feature a great design, longer battery life, and better flavors than ever before.

Traditional smoking involves the combustion or burning of materials such as paper, tobacco, or other leaves to produce smoke that contains nicotine. On the other hand, vaping use e-cigarettes instead of conventional cigarettes.

E-cigarettes are battery-powered devices that heat up an atomizer containing unique liquid flavors to create vapor that the smoker inhales and exhales just like smoking a regular cigarette. However, it does not involve combustion but only vaporization of e-liquids that do not contain tobacco and other harmful chemicals found in traditional cigarettes.

Vaping offers lots of benefits; that’s why many cigarette smokers are now turning to e-cigarettes and vaping products. For instance, e-cigarettes do not cause harm to the smoker’s health because it only contains nicotine, water, glycerin, and flavoring substances. In contrast, regular cigarettes have thousands of chemicals and toxins such as tar and carbon monoxide.

Nicotine in e-cigarettes is available in different strengths and quantities, which means they contain lesser or more nicotine than a regular cigarette. Some devices can even be set to produce less vapor when the user inhales it so others around him will not get affected by the assertive cloud of steam.

Nicotine vaping is now more popular than ever before because it is an effective way to help cigarette smokers quit the habit. Vaporizers and e-cigarettes are also available in different flavors so users can have fun exploring all the options while they try to give up their smoking addiction.

Nicotine is an addictive stimulant found in cigarettes, cigars, vaping liquids, chewing tobacco, and other tobacco products. Nicotine is taken from the leaves of a nightshade plant known as the Solanaceae family or the tobacco plant.

Nicotine is used for several medical purposes because it has many benefits that can help you stay healthy. It also provides several advantages that are not found in other stimulating substances. For instance, nicotine can increase cognitive function and memory of the brain because it is a stimulant that stimulates mental alertness.

This ingredient also enhances your mood performance by producing dopamine, serotonin, and adrenaline – all of which give you more energy to stay alert during the daytime.

Side effects of nicotine:

Nicotine gives you lots of benefits but is also known to produce side effects that may affect your health. Research has shown that nicotine can trigger many harmful conditions such as cancer, digestive problems, and heart disease.

READ:  How To Remove Blackheads From The Nose

Why is nicotine addictive:

Nicotine is considered one of the most addictive substances that can lead to tobacco addiction or smoking. Nicotine is an organic compound with stimulant properties found in several plants, vegetables, and animals.

E-liquid or vaping liquid contains nicotine but does not produce harmful combustible particles like those found in regular cigarettes. Hence, there is no risk of secondhand smokers. In addition, Vaping liquids have been used as dietary supplements that improve your overall mood and performance while also increasing your physical energy levels.

Vaping liquid does not contain carcinogens or tar; hence it is a healthier alternative to regular cigarettes. The best e-liquids are made from food-grade glycerin, natural flavors, and nicotine. You can even choose from high or low concentrations of nicotine, depending on your preference.

How does nicotine make you feel:

Nicotine can make you feel relaxed and calm when it reaches your brain in the form of dopamine. However, when nicotine is combined with oxygen, carbon dioxide, and nitrogen, it changes its chemical structure to become niacin or Vitamin B3.

This ingredient has stimulant properties, increasing your heart rate while also releasing dopamine to get you feeling good. Nicotine can also stimulate the release of serotonin, dopamine, and epinephrine into your bloodstream, making you feel relaxed.

Nicotine is also used for weight loss because it stimulates adrenaline production, which can increase your metabolic activity to burn fat in the body.