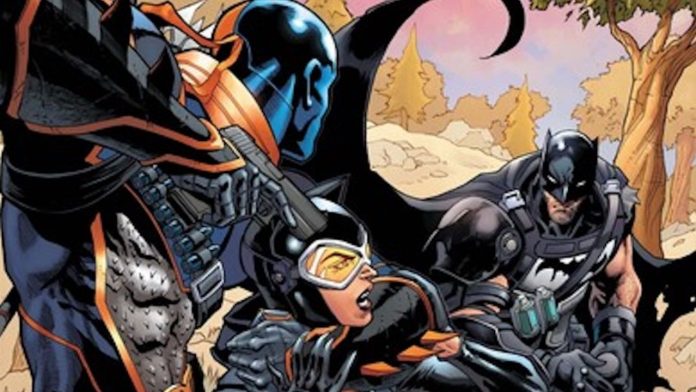 The crossover between the DC Comics Universe and the video game of the moment Fortnite continues with Batman/Fortnite: Punto Zero, comic series that brought the Bat Man to the island where the battle royal of the title developed by Epic Games takes place. On the spot, however, another familiar face is coming.

Let’s talk about Deathstroke, who finding himself trapped on the island will challenge the Caped Crusader in the fourth volume of Batman/Fortnite: Punto Zero. The chaotic situation that will develop in this issue will also involve Catwoman, threatened and taken hostage by Slade Wilson.

Here she is synopsis by Batman / Fortnite: Zero Point # 4. “Bataman has freed himself from the endless combat cycle. Free to explore the island without limits, the most famous detective in the world will bring to the surface some secrets never before revealed about the world of Fortnite. But he is not alone. It comes
approached by a faction of Fortnite rogues, including Eternal Voyager, Bandolette, Magnus and Fishstick. But there is someone else trapped, someone trying to escape from the world of Fortnite, someone mortal. Batman recognizes this familiar bounty hunter, but will he trust him? Just because Batman is out of the loop doesn’t mean the fighting is over! “

The fourth volume of this comic is written by Christos Gage and illustrated by Christian Duce, Nelson Faro DeCastro and John Kalisz. Slade’s arrival in Batman x Fortnite could bring a Deathstroke skin to Epic Games’ battle royale.

READ:  Tokyo Revengers: the premiere is a success, here is the warm welcome of the web

Meanwhile, we discover the sexual orientation of one of Batman’s allies. Jim Gordon was hired by a dangerous organization from the world of Batman.