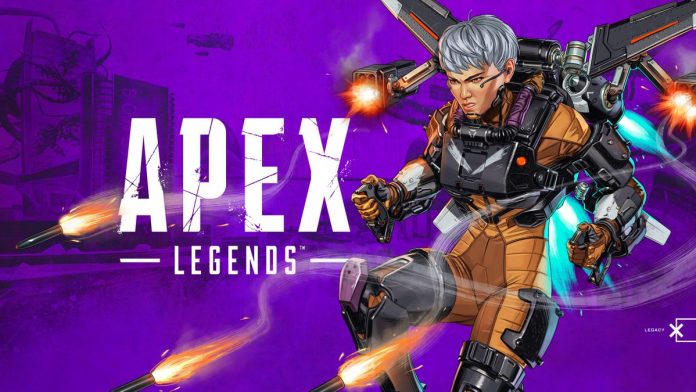 Apex Legends presents us with a new season and faces the most promising situation in its history to date. And it is that the game already has more than 100 million players, and that is a celebration of the second anniversary of the Respawn title that coexists in the same universe of the saga Titanfall. And yes, the arrival of the game to Steam and Nintendo Switch has helped this, but the merit has it quantity of improvements, news and proposals of the game.

The arrival of Loba, Rampart, Horizon and Fuse, as well as a new map (Olympus) and their first vehicle, have had a strong influence. But the most interesting thing comes this May 4, when we will finally have the new season with us: Legacy. And that legacy has a special meaning in the plot of the title. And if you have played Titanfall 2, you may find it familiar to talk about Viper, who was a pilot of a Titan.

But now who is with us is her daughter, who introduces with her jetpack the possibility of flying. What does Apex Legends: Legacy brings us? We have been able to speak with its developers and, in addition to giving an account of the enormous work carried out, we can easily see the care they have put into provoking a feeling of novelty and surprise. With Legacy comes a totally new way to play: the way (now permanent) Arenas.

Five maps to enjoy a showdown mode 3 versus 3. This has been managed much better than in that attempt that was made with a test more than a year ago: in addition to being only very brief teams of players, now the maps are specific since they use one of the dimensions of the Apex Legends game It would be nonsense because of the constant dispersion. However, in the re-designs used for this, there is no place for hiding.

We have had the pleasure of hearing it from Robert West himself, designer of the arenas: he himself has said that they always experiment with new things and make sure they always have good ideas. The first prototype in this way, as we said, was tested in September 2019, but it was not satisfactory. They have now focused on 3v3 fights, which further separates it from Battle Royale. Here we know who our enemy will be, making the experience evolve. An important element is the store, which helps us prepare our equipment and decide what we want to spend our resources on.

In fact, to compensate for the small environment, the number of occasions in which we can use the abilities of our legend has been controlled, thus leading to a more balanced experience. Dave Osei (map designer) has also focused on this in his speech, which has emphasized the need to change the scenery to avoid problems of the past. Now we will be fully involved in combat, but this also encourages better communication between teammates and, with it, an improvement in the strategy to be developed.

The maps are a mix of familiar and new locations, with two of them being totally new: Party Crasher Y Phase Runner. In the first, various types of confrontation will take place, as we are going to fight to get hold of the Mirage Voyage in the Plaza in the center of the city. In the second, we are going to face each other in a somewhat larger space, which encourages more long-range combat.

They will also reuse versions of the Battle Royale: Kings Canyon Artillery, World’s Edge Thermal Station and Olympus Golden Gardens. And of course, a series of supplies and materials have been arranged throughout the aforementioned environments. The circle will begin to close during the game, and a supply box with higher level weapons will be thrown at us in the most dangerous area. You know: more risk, more benefit.

Let’s talk about one of the most important elements: the new legend, which is none other than Valkyrie.

The daughter of the famous Viper pilot from Titanfall 2 It represents a very important change in the dynamics of the game: it has a jetpack. The Valkyrie trailer tells us a story of survival and memories, and we even see her father save his life in an extreme situation. She is the one who will offer us what we have been waiting for so long: the elements of Titanfall. And among them, the most important: flying, thanks to the jetpack that comes from Viper’s Northstar titan. Of course, we can do it but not in an unlimited way. To compensate, its missile burst can be deadly if used by controlling the trajectory it follows, as well as disorienting the enemy. This makes great tactical sense in the game, but requires cooperation from our team. His Ultimate ability consists of repositioning himself on the map, even taking his team with him.

Daniel Klein, head of character design, has talked about what the inclusion of Valkyrie means, and has emphasized the importance of the jetpack, which will free us from gravity. However, although this may mean that people are already prepared to “sweep” if they do fly and the others do not, things are not going to be so easy either. It is something that they have put a lot of emphasis on at all times.

Yes, she can get to high places, in addition to using the Vtol Jets, which involves doing double jumps or moving forward in the air. But this is a disadvantage in some respects compared to those on the ground. In fact, using the jetpack we are going to do quite a lot of noise, which means giving away our position immediately. In addition, our entire body is exposed to gunshots, a situation in which it will not be easy to defend ourselves.

READ:  This Is Us Has Some News And Fans Are Anything But Happy

As for our missile rain: we will have 12. There’s no more. They are launched in waves, and we have to know how to manage it (in addition to the slowdown in the character they cause); time to think about seeking coverage from peers. The other ability, the so-called Skyward Dive, allows us to detect which enemies are in a straight line with respect to us, and it is something that benefits the entire group, since they also detect it, something basic to draw up a strategy. The team has worked very hard so that the benefits that Valkyrie brings are perfectly compensable for her defects, and that using her does not become something that causes real advantages: she and her jetpack they simply represent a different option to tackle the battle.

Weapons are also evolving: one of the weapons that will satisfy us the most while sounding familiar, but which has options that make it a mixture of precision and effectiveness at double range: the bow, called Bocek. It is a powerful weapon, without a doubt, as it will allow us to damage the enemy if we can aim and tension properly. Mind you, it is generally for the mid-range. We know that nobody is surprised, and it is that It’s not the first battle royale to add an arc as a novelty in its new season, is it? However, this arc is, for all of us to understand, more professional and more … “Tomb Raider”. We explain ourselves:

In addition to the possibility of tensing and charging an attack that, if it hits the enemy, will be brutal for their health, with special emphasis on that if we do it from above, we will be effective as well as difficult to detect. Now you just have to think about how we can combine weapons between the squad to put it to good use. We have the possibility of using the “Deadeye’s Tempo”, which allows us to draw the trajectory perfectly, while the Shatter Caps sets the arrows on fire when they are shot, causing an impact expansion effect similar to that of a shotgun, making the arch also valid for short distances.

Daniel Klein He has told us more about Bocek, and assures us that it is one of the best implementations in the game. But now comes the most realistic part, and that is that it is not easy to shoot with the bow, despite the fact that they assure that we will have many arrows available on the map.

What’s more, if we shoot it and miss we can go for it, and get it back. But if we hit an enemy and he dies, then we can find them there too. Instead, if it survives, we will lose it. He ensures that at all times he will have balance with the weapons of the game, and that at the time of detection, the arrows can be heard flying. We will even be able to know the trajectory of the shot simply by looking at what angle it has been nailed. As Klein himself says: we have to catch the rhythm, but if we do, everything will be fine.

We tackle now changes occurring on the Olympus map, and we hope you like nature, because it turns out that a fleet of ships from space has passed through the atmosphere and crashed in Olympus along with a smaller ship (the Icarus), bringing with it a huge and rather unpleasant plant of origin unknown that has begun to invade everything, assuming this also a modification for the descent zones and modifying the line of sight that we already had. We will also see the body of scientists who were on board the Icarus, and from them we will even be able to extract cards to unlock doors.

Ashley Reed has indicated that she is a plot evolution Within the story that Apex Legends tells us, as well as an opportunity to live the experience in another way, because these options that are added with the arrival of the ship are not the only improvement: they have worked so that there are improvements and balanced elements for that the game has a better result. Speaking of Olympus: it’s going to be the headquarters of World’s Edge, which returns with a new Ranked Season.

Finally, and as you know, the game renews Battle Pass, and being a free to play, for us it has been especially important to discuss it with the developers. And they ensure that the real importance of the Pass is to elevate the experience and personalize, as it is a way to reward our dedication. Yes, it will be the only way that rewards such as Apex Packs, more XP and skins for weapons are offered that will affect both the Battle Royale and the Arenas mode. And at level 100 we are going to unlock the legendary Reactive Bound in Bone, in addition to other elements such as music, loading screens and more.

And these are the most important news of the next season of Apex Legends, which continues to grow relentlessly.