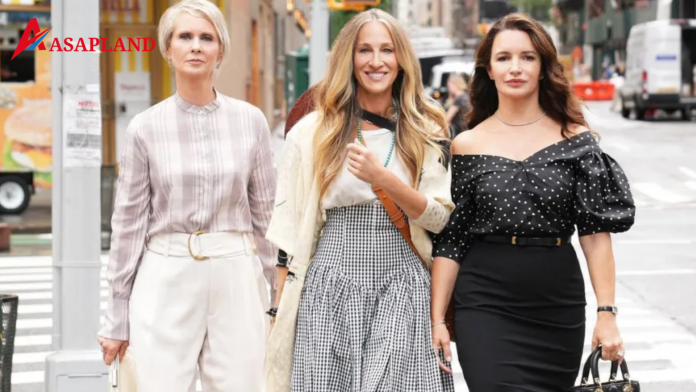 And Just Like That season 2: Will The Sex And The City Revival Get Another Season?

And Just Like That was a heavily criticized show on HBO. The Sex And The City reboot could get no positive attention neither from fans nor the critics.

Surprisingly, we hear rumors that HBO might renew the show for a second season. So, is the renewal even happening?

The show has got quite a few iconic moments including Carrie’s statement looks’ comeback, and quite a low jabs with Big’s tragic Pelton episode. However, whatever air is surrounding Che Diaz and Miranda is a topic of concern and gossip.

So, maybe season 2 will bring a highlight to both the characters. The bigger question is, are we ready for And Just Like That season 2?

Back in December 2021, any rumors regarding And Just Like That season 2 were quickly shut off due to the sexual assault charges on Chris Noth. Even though the actor has denied the claims, there had been no news until now.

READ:  What Is Cnc Kink

By mid-January, numerous speculations regarding season 2’s renewal were floating all over the internet. Insiders claim that the team has been planning to bring And Just Like That for another season.

Page Six recently informed that there has been no discussion regarding the show’s creative directions. However, there has been a conversation about renewing the show to bring back a solid season for the fans.  The first season apparently didn’t do much. Hence, a second season might just prove a point.

And Just Like That season 1 still has a finale to premiere on 3rd February. If you have actually watched the show, you’ll know no character has taken an exit or died perhaps.

Hence, we could find a familiar cast for season 2, with additional characters maybe. Nonetheless, it is really not the time to get high hopes since it’s all speculation for now.

Michael Patrick King, the executive producer of And Just Like That told E! News that he is more than willing to carry on with the show if given the opportunity. According to Michael, the story has ended in a note that doesn’t really give a solid conclusion.

Hence, having a season 2 might help them explore a new plot. Casey Bloys, the chief content creator of HBO, claimed his enthusiasm for the renewal as well. However, it all depends on the team to plan renewal.

The cast of And Just Like That hasn’t said much about the show’s renewal either. However, Sarita Choudhury, playing Seema Patel, said in an interview that a second season would be great for the portrayal of the character development in the show.

Usually, what the audience sees is sometimes far from the character’s nature. With so many hints, are we positive about And Just Like That’s come back? No, not really. For now, it’s just close speculations. However, we might be thrilled if season 2 really does happen. Hence, stick around with us for more updates in the future.