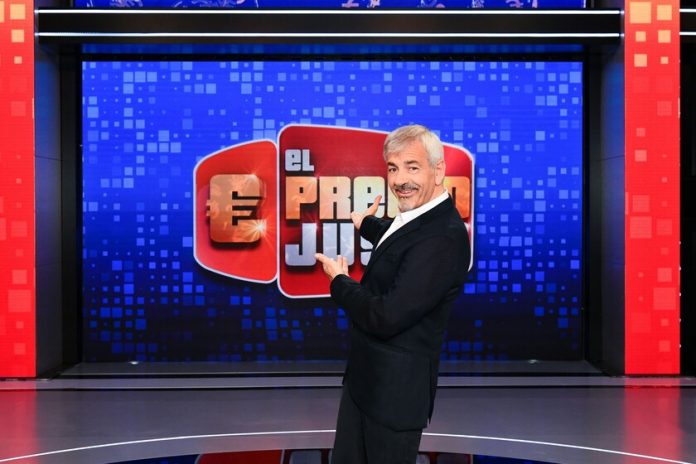 In Telecinco They must not be happy at all with having lost ‘Pasapalabra’, a contest that worked very well for them and that is currently sweeping Antenna 3. That is where the strange movement of recovering ‘The fair price’ comes in, a space that had disappeared for more than a decade after the failure of its stage on Antena 3 with Juan y Medio at the helm. Now it has returned with the aim of dealing with ‘Pasapalabra’, but the Mediaset chain has chosen to initially launch it in prime time in a movement aimed at seeing what the public’s interest was.

The 2.1 million viewers and 17.1% share make it clear that, at least, there was some curiosity towards this new development of the contest with Carlos Sobera as presenter. For this, Telecinco has opted for a hypervitamin update that respected the usual structure of the program but seeking to engage viewers through a barrage of stimuli that at one point led Sobera himself to tell the public that it was not necessary to applaud absolutely everything that was done or said.

A marked tendency to excess

It is true that starting a contest like ‘The Right Price’ after 11pm is a strange decision, since until now it had been a space more oriented to the family audience, trying not to be too static but knowing what it can give of itself. I suspect that this was not convincing in Mediaset and that is why they chose to bet everything to enhance its most dynamic aspect, from the work of realization to the people chosen as contestants.

That is something that was especially evident during the first half hour of the program, where everything was so hectic for the usual in a space so it seemed that the only thing really important is that barrage of stimuli that I mentioned before. Then the thing is not that it never calmed down completely, but it did feel a little more fluid instead of being a mere accumulation of evidence at a pace bordering on crazy.

It was then when it was possible to see better what this ‘The right price’ could end up becoming, from the little jokes between Sobera and Luis Larrodera Until now, the timid contributions of the hostesses – by way of curiosity, one of them is the hujastra of Sobera himself -, most of them present more as beautiful vases – come on, the usual function of that figure in contests since it is not known when -, but there were certain attempts because they were a little more than that, something that we hope will go further. That in the end the familiarity of the public with those who participate in the contest ends up being essential for them to want to see them again. 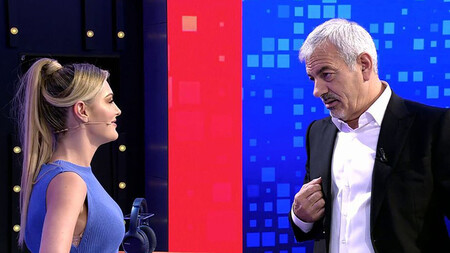 In fact, what really attracted attention is the excessive momentum of the public. It is as if they had taken as a reference the one in ‘The wheel of luck’, believing that the level had to be doubled or tripled. Perhaps a consequence of the pressure to achieve success and for having chosen to release it in an a priori anachronistic time slot for such a format? Probably, but neither I’d be surprised if they just continued down this path when it airs after ‘Save me Orange’.

Where this new version of ‘The fair price’ has worked better is in the figure of the presenter, although they did not have it so difficult either, because I have always seen Sobera as a safe value, who here has managed to manage this continuous tendency to excess to regulate it as far as possible. In return there has been little trace of its ability to generate suspense and uncertainty in the contestants, but there simply was no space for it because that the show must continue seems to be the main maxim of the contest. 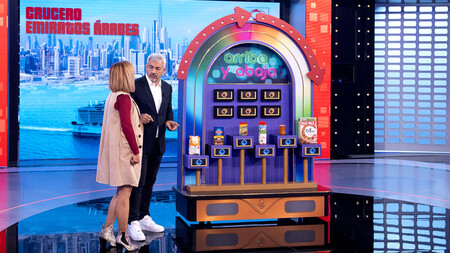 For the rest, it is still a shame that someone as solvent as Luis Larrodera ends up limited to a role of little more than a luxury troupe and perhaps this first installment was extended a little more than necessary. What’s really important, though, is that they need to let the pace of the show slow down a bit. And it is true that the public will always appreciate that there is emotion, but more for the suspense of what may happen than because things happen without stopping. Perhaps some Telecinco programs have accustomed the public to expect something like this, but If they really want to have their antidote for ‘Pasapalabra’ here, I doubt that what we saw last night will be enough.