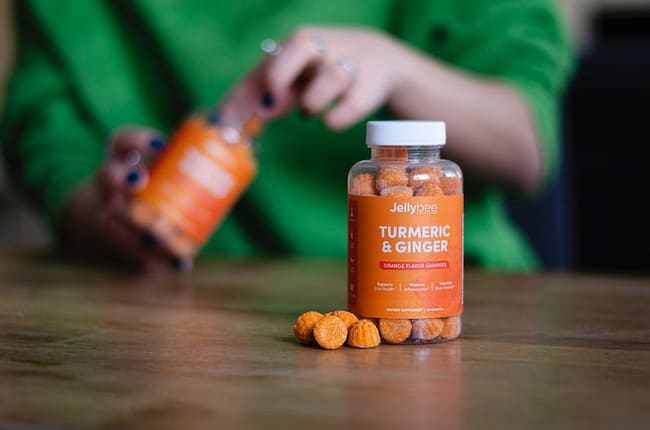 Turmeric has been used in India for thousands of years, but it is also well known worldwide due to its excellent benefits. It is part of the ginger family, and its active compound curcumin was extensively studied in recent times for its highly potent antioxidant activity.

Recent research showed far more powerful properties than scientists previously thought. Curcumin has excellent anti-inflammatory properties and helps prevent cancer, heart disease, and even Alzheimer’s! With almost no side effects or toxicity, anyone can safely consume this herb.

Here are some reasons why you should start using turmeric daily:

Curcumin enhances memory and mood, especially in older adults. It can be used to prevent and even reverse Alzheimer’s disease, dementia, and other cognitive diseases.

Curcumin stops the growth of cancer cells without harming the healthy ones. It also prevents metastasis of cancer cells, effective for breast, skin, stomach, and bowel cancers.

Studies show that curcumin blocks various pathways involved in the sensation of pain; therefore, it has proven successful against chronic pain on its own or with other treatments.

It is effective against various infections and pathogens due to its potent antibacterial and antiviral effects, making it an excellent natural antibiotic.

Curcumin has been found very effective in treating major depressive disorder (MDD) because it boosts the level of serotonin in the brain and can also balance hormones such as estrogen and testosterone levels.

Curcumin is very beneficial for people who regularly suffer from brain fog, low energy, or confusion. It can enhance blood flow to the brain and improve mental function by fighting free radicals in the body.

Curcumin can break up plaques associated with Alzheimer’s disease much more effectively than some drugs used for this purpose. It reduces beta-amyloid proteins that damage neurons and cause memory loss.

Besides having strong antioxidant properties, curcumin stimulates telomerase activity which has been shown to slow down the aging process by preventing cell damage and stopping cells from dying. It is also helpful for glowing skin, shiny hair, and healthy nails.

Curcumin works as a potent anti-inflammatory by blocking the activity of various pathways in the body that cause inflammation, even those associated with autoimmune diseases such as arthritis.

In some cases, people who suffer from chronic inflammation develop the major depressive disorder (MDD). In this case, curcumin can be very effective against both conditions. 14) Curcumin relieves allergies:

Some studies have shown that curcumin can relieve allergic reactions by inhibiting histamine release and its action on mast cells.

Turmeric increases sperm count in infertile men. It is believed that curcumin can boost sperm motility by increasing antioxidant defense systems and inhibiting the lipid peroxidation of the sperm membrane.

Curcumin blocks various enzymes that cause joint inflammation, pain, and swelling by preventing NF-kB activation, responsible for inflammatory responses in the body.

17) It protects you from radiation exposure:

Studies have shown that curcumin can block fat cells from growing in size or number under certain conditions.

If you are anemic, turmeric can increase your body’s ability to absorb the dietary iron that is already adequate.

Alzheimer’s disease is caused by the accumulation of beta-amyloid plaques, which damage neurons and cause memory loss. Curcumin inhibits the formation of these plaque deposits in the brain much more effectively than some anti-dementia drugs being used today.

It increases the production of white blood cells, thereby improving immune functions naturally without side effects or risk of toxicity.