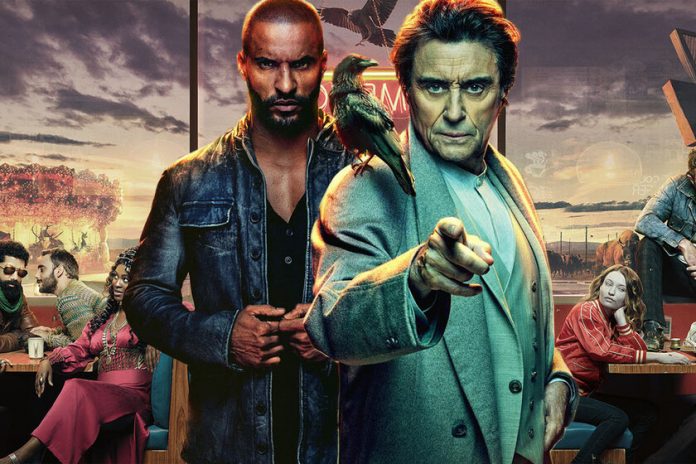 No one can say that Starz’s cancellation of ‘American Gods’ was a surprise. The series has had a life full of problems, first with the departure of its showrunners and then the departure of several of its protagonists. Yes, that cancellation it may end up being left in another setback instead of being something definitive as long as we believe what you have commented Neil Gaiman, author of the original novel, about it.

Already at the time of its cancellation, it opened the door to a film to close the story of ‘American Gods’, but it seems that it is not so clear that this will be the chosen option. This is what Gaiman has commented on the subject through his twitter account:

It’s definitely not dead. I’m grateful to the team at @Starz for the American Gods journey so far. Fremantle (who make AG) are committed to finishing the story that began in episode 1, and right now we’re all just waiting to see which way forward is best, and who it’ll be with. https://t.co/Yw90PvIvGf

She is definitely not dead. I am grateful to the Starz team for the journey with ‘American Gods’ so far. Fremantle, the guys who make ‘American Gods,’ are committed to finalizing the story that began in the first episode, and right now we’re waiting to see what the best way forward is and who it will be.

READ:  'Utopia' season 2 release date, precap, cast, and everything you need to know

It sounds like they are immersed in negotiations to see where ‘American Gods’ can move, and depending on it, what will be the format chosen to end the story. The options that sound the loudest according to Deadline are Netflix, who is currently collaborating with Gaiman on an adaptation of ‘The Sandman’, and Amazon, the home until now of ‘American Gods’ outside the North American market.

For its part, from the producer Frenantle have made a statement in which the words of Gaiman are seconded:

Fremantle is committed to completing this epic journey that is ‘American Gods’, one of the most inclusive television series with the most incredible fans on the planet. With Neil Gaiman and his fantastic cast and crew, we are exploring all options to continue this magnificent story.