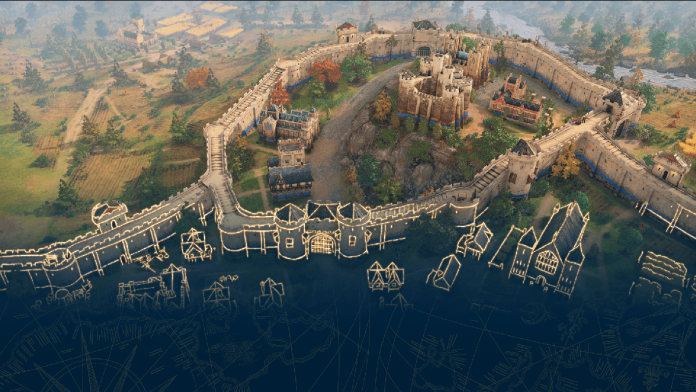 On March 29, we were able to attend an early edition of the recent Age of Empires: Fan Preview, the event organized by Xbox and Relic Entertainment to show us all the news related to the franchise and delve into the long-awaited Age of Empires IV, the official return after more than 15 years without a new numbered delivery.

The appointment, sold as a celebration of the saga, has served for the team of Relic put on the table a large amount of unpublished material about the fourth installment, yes, without forgetting the Definitive Edition, on which several novelties have been presented.

In front? Zak Robinson, a prominent figure within the community, has ended up working closely with the studio and shows the willingness of the development team to get closer to the classic fan. Let’s see what the future of the Age of Empires awaits.

After the broadcast, we had the opportunity to ask several questions to some members of Relic Entertainment. Among them were Adam Isgreen (Creative Director of the franchise) and Quinn Duffy (Game director). The similarities between Age of Empires II and what we have seen so far from the fourth have not gone unnoticed, so both creatives were questioned in this regard.

Duffy did not hesitate to assume that the team was looking for a spiritual successor to AOE II, highlighting that for him, the biggest difference lies in the asymmetry that exists in Age of Empires IV between the different civilizations to control.

To this, Isgreen added that they have wanted to make sure they maintain certain recognizable characteristics, specifying the words of their colleague and making it clear that, despite this greater asymmetry, we will never see completely asymmetric civilizations. That answer perfectly defines the spirit of what appears to be this new iteration, one more and better of the celebrated second installment, an update of its formula that aims to raise ambition, scale, and tactical depth.

William the Conqueror and the Norman Invasion

Age of Empires IV will initially have four campaigns, and during the presentation, we had the opportunity to see the first of them. We talk about the Normandy Campaign, which commemorates the Norman invasion of English lands in the middle of the 11th century.

The campaign begins with the death of the Anglo-Saxon King Edward the Confessor, in 1066. After his death and due to the absence of direct descendants, the English crown was awarded to Harold Godwinson, his brother-in-law. But not too far in Normandy, Duke William II claimed the throne for himself, alluding to kinship with the late monarch.

READ:  My Hero Academia 5x02: the new episode is available on Crunchyroll

The Norman crossed the strait and won the victory, but after it he had to face numerous rebellions, uprisings in the north, and Viking raids; control of acquired lands was never easy. At his death, war broke out between his sons, Robert, William II of England, and Henry I, for control of both English and Normandy territory.

Philippe Boulle, narrative director of the title, told us the following regarding the campaigns:

Age of Empires IV is a celebration of history. In narrative terms, when we start to think about history we look at Age of Empires II with the intention of expanding the scale. In Age of Empires II each campaign focused on a historical character, here the campaigns are divided into chapters … The first is that of William the conqueror, with the battle of Hastings, etc. But then we move on to his sons, Henry I and Duke Robert fighting for the crown, and then his sons, and later his sons’ sons, until you have a global view of the Norman conquest, from the duke’s invasion to the signing of the Magna Carta that represented the foundations of what England is today.

It is clear that in each campaign we will see several generations go by to build a general perspective of the different historical events that they narrate. The first is very interesting, but we still have three more to discover, and in fact, some of them may have something to do with the new civilizations that it brings. Age of Empires IV.

The Sultanate of Delhi, a clue on the second campaign?

Civilizations have always been a fundamental part of any Age of Empires. Along with the Fan Preview, We were able to take a look at several of those present, such as the Normans, the English, the Mongols or the Chinese. But the great novelty was undoubtedly the Sultanate of Delhi, a civilization as interesting for what it proposes on a visual level as for the clues it raises about a possible campaign.

The Sultanate encompasses five dynasties that occurred in India between 1206 and 1526. Its origin is found in the figure of Qutub-up-Dïn Aybak, the first sultan of Delhi, who was sold as a slave in his childhood.

In this condition of deprivation of liberty, he received education and training. He ended up becoming the most important general of the Gurid Empire and appropriating, at his fall, northern India. These facts give name to the first of the dynasties, that of the Mamluks (enslaved Muslim soldiers). The next one, Khilji’s, is known for having managed to keep the Mongols out of India.

READ:  Marvel Heroes Reborn: The Supreme Squadron shows up in this special trailer

And what historical figure proclaimed himself emperor, precisely, in 1206? Genghis Khan, to which should be added that Quinn Duffy himself confirmed that the Mongols will have the figure of a Khan as their only hero, with what watching a campaign around these interesting events does not seem far-fetched. About the sultanate itself, its armored elephants stand out as iconic units, its own spearmen and its rich architecture, typical of a time of cultural rebirth in its territory.

Regarding the development of the games, The four ages that we could already see in Age of Empires II return, which will continue to be inspired by medieval history. In fact, the gameplay shown during the presentation has shown a small sketch of each of the ages based on different confrontations between different civilizations.

The first to make an appearance was the “Dark Age” (or High Middle Ages in Age of Empires II), staged with a game starring English troops facing the Sultanate of Delhi. The response of the English peasants, drawing their bow to defend themselves against a small party of cavalry from the sultanate, has been one of the most remarkable details.

The Mongols appear at the front of the excerpt for the Feudal Age, which has allowed us to see the interesting mechanics of collecting their camp, which allows us to pack our facilities and move the town to a safer place in just a few moments, which shows how versatile this side can be. Ambush tactics, through which we can hide units in the groves to attack by surprise, have been one of the most surprising novelties of the gameplay.

In the Castle Age we have seen fragments of a party commanded by the Sultanate. To highlight its armored elephant capable of quickly destroying fortified buildings, the siege towers and the possibility of fighting on top of the fortified walls.

Chinese civilization stars in the part corresponding to the Imperial Age, with its interpretation of Chinese cities, its beautiful interior gardens, its paved sidewalks and its mastery of gunpowder reflected in the artillery carts.

All these details, together with elements such as the tactical formations (which seem to gain relevance) or a last minute revelation in the form of naval units, bring us closer to that idea of ​​rescuing the spirit of Age of Empires II. Relic does not hide his role as a starting point, and around him aims to build a reinterpretation of its fundamental elements that serves to modernize the formula, update it to current demands and position this delivery as a benchmark for the genre.

READ:  What Does X Mean?

Returning to the event itself, and as its name suggests, we cannot ignore that it is a streaming dedicated to the entire saga and, therefore, there were also news related to Age of Empires: Definitive Edition. Talking about the second installment, this summer will receive a new expansion, focused on eastern Europe, that will bring with it new campaigns and a cooperative focused on historical battles.

On the other hand, Age of Empires III: Definitive Edition will receive the civilization of the United States next Thursday, April 13, which will include a great city to explore, new units and mechanics typical of the American hosts. The United States will be available for free, and for a limited time, for all those players who overcome a series of specific challenges.

This civilization can also be acquired by paying its sale price in the usual digital stores. What’s more, by the end of the year, the revision of the third installment will also receive a new African civilization, of which we have only been able to see a small excerpt.

What is clear is that the definitive editions of Age of Empires II and III seem to be far from being abandoned, even though the fourth installment is just around the corner. Finally, we were able to enjoy a beautiful video that served as a tribute to the community that has been formed, over more than 20 years, around this historic franchise.

The path has been marked

It is Age of Empires: Fan Preview It has served to glimpse the immediate future of the saga. The quintessential RTS is back and appears to be in great shape, with reviews of the classics getting content and a new iteration dropping. What I’ve seen so far of the fourth installment does not disappoint, at Relic Entertainment is aware of the responsibility they have at hand and throughout the presentation, the ambition and scale of this new project has been made clear.

A video game that, according to its own creators, wants to establish itself as a celebration of history and the saga, at the same time that it establishes the steps that the IP will have to follow from now on. In the background, Age of Empires IV aims to do that of looking to the past (looking at AOE II) to build a better future, which is not lacking in certain poetics, if we take into account that it is a video game focused on story.