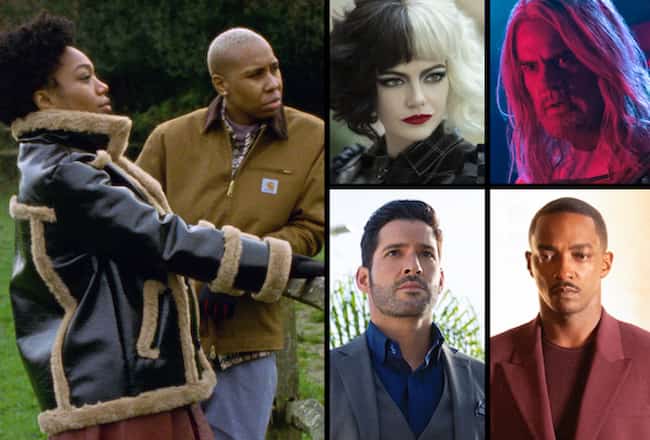 Mad for Each Other:

This a romantic comedy show also one of the Korean drama, somewhat quirky and also much romantic. Jung WooOh, Yeon-seoBaik, Ji-wonLee, Hye-eunLee, Yeon-dooLee, Su-hyunAn, and Woo-Yeon will be starring in this show. Creators of this show are Lee Tae-kon and A Gyeong.

Its based on a book by Jessica B. Harris also, with the same name. This is written by Stephen Satterfield. Audiences are so much excited about this new documentry+series. They are expecting a lot with this show.

This is a true-crime documentary which is focusing on the 1999 bombings that terrorized London and also, they targeted minority communities. This is something new and people are so much excited about this documentary based on crime which is a hell true story!

This is a crime series which is following the investigation of a detective who is unconventional into a very wild thing created by a group who are wearing masks like unicorns at a high school. Everyone is super excited about this because this crime story is connected to Israel.

This film is about a family where there are Mexican boys where they are teaming up to struggle with a fisherman in exchange for winning the international competition of fishing to raise their funds for home and it is based on some true events.

This is an anime series based on science fiction illustrated by Tsuyoshi Isomoto, directed by Yasuhiro Irie, written by Kimiko Ueno, and licensed by Netflix of course. People are waiting for this to release because it’s amazing from the reviews.

So yes guys! season two is coming on Netflix of this show. This is a Scandinavian series based on mostly mythology and environmental disaster.

Yes, season three of this show is coming on Netflix by 28th May in which everyone was super excited about this series. This show is starring Michael Douglas who created some reasons to get awards attention towards him. It’s a comedy show and you will love it.