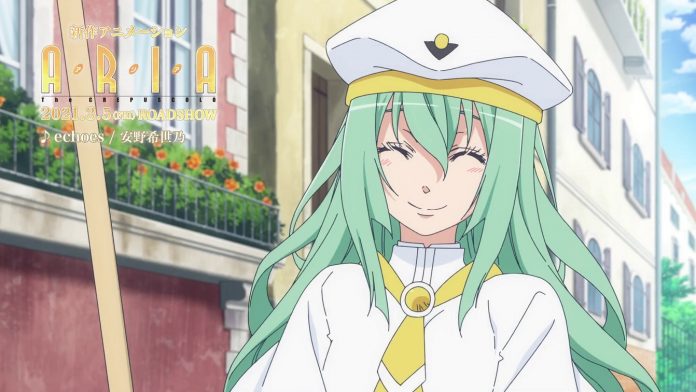 On March 5 the film will be released AIR The DUSK and the official website has mentioned it again in its most recent trailer that it has published, in which they have also presented the theme that will serve as the ending.

In the video we can hear the song “echoes”Being interpreted by Kiyoko Yasuno, in a last update it was presented interpreting the opening “Happiness“.

This movie is commemorating 15 years of the animated franchise Aria.

For this Proyect Ryou Hirohashi Y Ai Kayano have returned to the cast as Alice Carrol Y Anya Dostoyevskaya, respectively, while Rina Satou joined as Athena Glor, due to the unfortunate death of the actress Tomoko Kawakami.

On the team is returning from the previous anime, Junichi Sato as chief director and screenwriter, while Takahiro Natori, who has been an episode director and will be directing in the studio J.C. Staff. On the other hand, the design of the characters has been in charge Choro Club.