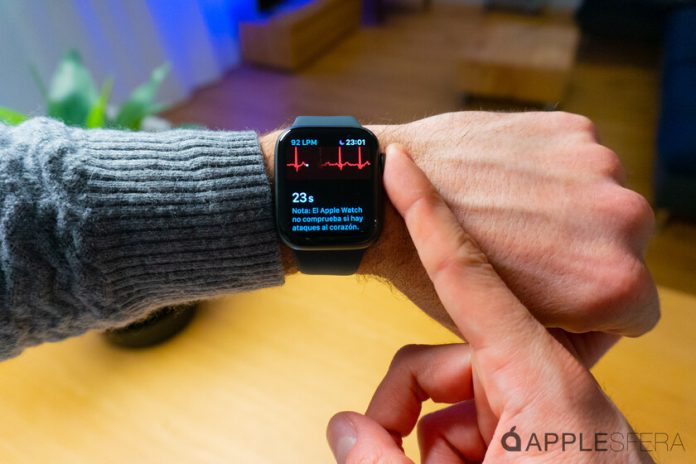 The electrocardiogram or ECG of the Apple Watch continues to speak several years after its introduction. When the Apple Watch Series 4 debuted and just a week after its activation in Europe and Hong Kong, we already have the first user who has detected an anomaly in his heart. And it does it precisely with a person who was skeptical about its real reliability.

“The Apple Watch has helped extend my life”

The British newspaper The Sun echoed the event at the time (via 9to5Mac), where a German user of the Apple Watch Series 4 he told his experience Through an email sent to Dr. Michael Spher of the FAZ newspaper.

The anonymous user claimed that initially was skeptical of the functionality ECG of the Apple Watch. He had never noticed anything unusual about his health and tried taking a test as a way to entertain himself. The tests persistently found the user’s heart rhythm showing symptoms of atrial fibrillation. He spoke with a doctor friend of hers who told him that it was probably a measurement problem.

However, he decided to go to his doctor, who performed a 12-channel ECG. When he took the test, the doctor told him that the watch was correct, confirming the tests carried out by the Apple Watch Series 4. After which he was prescribed a treatment for his atrial fibrillation. “The Apple Watch has contributed to prolong my life. Now I see the discussion with different eyes” he affirms in his email.

A few weeks ago, the Stanford University published preliminary findings from a study conducted in conjunction with Apple. According to their results, the Apple Watch is an effective device when it comes to detecting heart problems.

Atrial fibrillation is a heart problem that can lead to stroke, better known as stroke or cerebral infarction. Its diagnosis is not always straightforward, as it is difficult to diagnose. The Apple Watch Series 4 and its integrated ECG allow a user to monitor and export results to share with their physician without the need to be “tied” to an EKG machine.

Cases like that of the German user have arisen since Apple activated the function in the US and later in other countries around the world. Even if not the only life-saving feature. Recently, a person saved his life by falling into icy water, using his Apple Watch to call emergency services.

But that’s not the only way the apple clock has saved a life. A 67-year-old Norwegian citizen fainted and hit your head in the bathroom at night, an accident that your Apple Watch Series 4 is able to detect and notify the emergency services.

With the passage of time, it is becoming clear what that function is killer that many were looking for on the Apple Watch. It turns out that saving your life is a very compelling proposition.