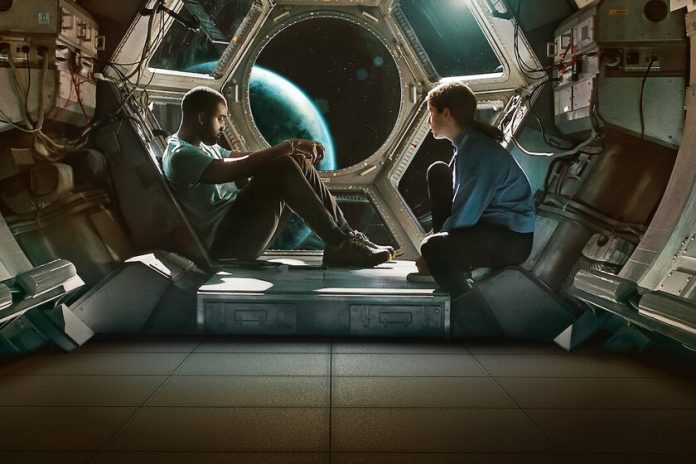 ‘Stowaway’ is the great cinematic release of Netflix this week, surprising the decision of the platform to release it this Thursday, April 22. A movement perhaps motivated by the platform’s desire for ‘Shadow and Bone’ to become a new benchmark for them, but we must also not forget that it is not a truly original feature film of theirs, since in Canada it is distributed by Amazon .

Co-written and directed by the Brazilian Joe Penna, ‘Stowaway’ is a space drama that shows how an accident seriously endangers a mission to Mars, but before that it is discovered that there is an unexpected member of the expedition, something that had already complicated the situation. That gives rise to a film that shines more in its psychological component although it stretches the gum a little more than necessary.

The first thing that should be made clear about ‘Stowaway’ is that we are facing a proposal with a leisurely pace with which Penna focuses more on showing how an extreme situation affects its protagonists than anything else. Of course, here the sense of urgency is sacrificed when making a decision for the benefit of how the need to take it affects its protagonists.

It is true that it does not take long to make it clear from which foot each of the four characters that appear on the screen is limping, but the script signed by Penna together with Ryan Morrison shows a special interest in how they deal with the dilemma the film raises about the possibility that there simply isn’t oxygen for everyone and someone has to be euthanized. That is something that Penna underlines from a staging that affects both the human component of the story and the claustrophobic element due to the feeling of being trapped there and having hardly any option to face such a dramatic situation.

In the most human part, it helps that the vast majority of the footage takes place inside the ship and with the protagonists being able to move without being affected by changes in gravity. It is also true that this partially limits the scope of ‘Stowaway’, since there comes a point where everything follows a somewhat predictable evolution without in exchange there being a sufficiently succulent evolution in the characters. In fact, there the occasional sparks in which the protagonists make a series of confessions, usually associated with situations from their past, shine more brightly than because of how they deal with the problem in question.

READ:  ‘Along for the Ride’ Netflix Movie: What We Know So Far 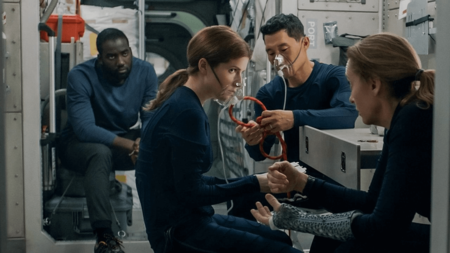 In his favor, he has to manage to create a stimulating atmosphere of tension from a series of very small elements, with Penna having a great ally in the soundtrack of Hauschka to prevent interest from falling to the point where one disconnects. And it is that ‘Polizón’ would surely have come from a fable to adjust his footage a little more so that that sense of urgency that he mentioned before had made something more appearance.

The reason for this is that ‘Stowaway’ poses a very stimulating dilemma but when it comes to developing it, it feels more conventional than desirable, especially as the minutes go by. Not that I wanted an alien sadist to be behind the ship’s problem or for any of the expedition members to go crazy and wreak havoc, but there does come a point where that tense calm needs more than just remarkable work of its protagonists, especially of Toni Collette like the captain of the ship, to maintain that tension.

READ:  Marvel Heroes Reborn: The Supreme Squadron shows up in this special trailer

And it’s a shame that happens, because Penna does know how to create the right climate through camera handling, letting the scenes breathe and trusting its actors when composing its characters, seeking at all times a synergy between the visual and the psychological. The problem is that just as its protagonists are running out of oxygen, the film is losing steam, trying to qualify it with the specific exits to the outside – do not expect that the space will have a lot of presence here, yes – and by the time the inevitable outcome arrives it no longer possesses the same strength as before. 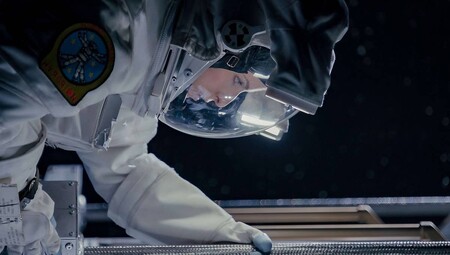 ‘Stowaway’ is a space drama that relies on its four protagonists to explore the exhilarating dilemma it poses, but does not finish knowing how to finish the play for spreading more than necessary in too well-known territories. It can be said that it does so being consistent with what it raises, but that cannot serve as an excuse for the conventional to weaken the proposal.