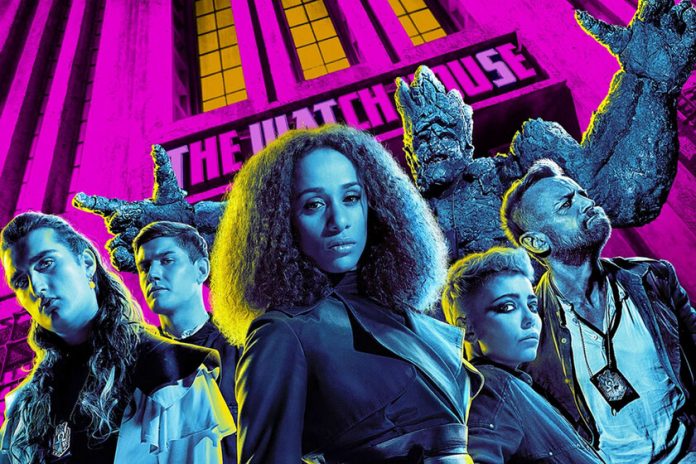 Friday and as we prepare the plans for the weekend, a barrage of news arrives on our screens. Like every weekend, we will review the 65 series, films and documentaries that arrive from today until Sunday on Netflix, HBO, Filmin, Amazon Prime Video, Movistar +, Disney + and Starzplay.

Norwegian series that takes us to explore the characteristic inhabitants of a people left by the hand of God in the north of the north of the country where a new teacher arrives. Tobias Santelmann, Marie Blokhus, Alma Günther and Stig Henrik Hoff make up the main cast.

Rosamund Pike and Peter Dinklage headline this film that hits platforms after hitting theaters last week. A black comedy about an unscrupulous woman who is out to fleece unsuspecting retirees.

The new Disney + series revolves around an expelled NCAA coach (John Stamos) who has a chance to redeem himself by coaching an elite high school women’s basketball team. The series consists of ten episodes and is created by David E. Kelly, Dean Lorey, and Brad Garret.

Remake in three episodes of the 1947 tape. Gemma Arterton, Alessandro Nivola headline this co-production between FX and BBC in which we move to a group of nuns settling in an inaccessible palace in the Himalayas that hides many secrets.

Docuserie that addresses the relationship between journalist Jillian Lauren and Sam Little, the most prolific murderer in United States history, in a race against time to identify his victims.

From BBC America comes this new audiovisual vision of Terry Pratchett’s stupendous Discworld. With a cast led by Richard Dormer, the series follows the Ankh-Morpork Guard as they steal a book from the Invisible University Library.

A look at superheroes in the same psychological field as ‘Glass’, with a central character that raises the question of whether he is an extraterrestrial as in ‘K-Pax’ or if he is a poor man with mental problems who thinks he is, in the style from ‘Defendor’ and ‘Super’. It comes with the quality seal of the director of ‘Daniel is not real’, smaller than that, but connected at the level of the universe and shot with a great use of the widescreen and animated inserts, spirit of Forum comics from the 80s to the ‘Capa and Puñal ‘, even with sci-fi edging and echoes of’ They’re alive ‘by John Carpenter.

READ:  When will Season 9 of Shameless aired on Netflix?