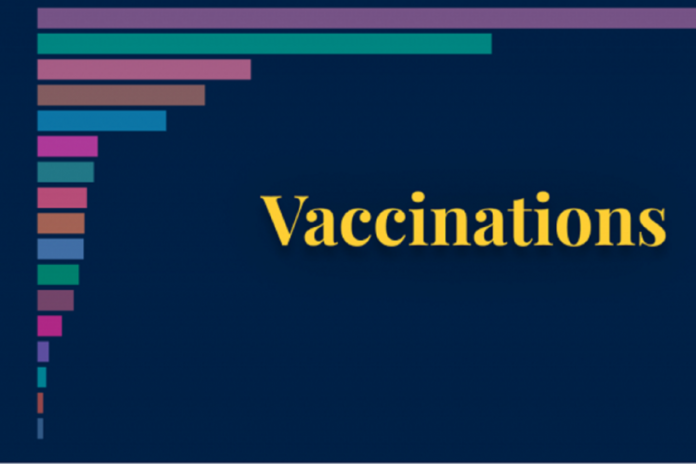 The New York Times, The Guardian, the BBC, The country… All the major generalist media have introduced visual modules and data analysis in the last year that sought and searched for trends that would help to interpret the evolution of the COVID-19 pandemic that upset our entire lives just over a year ago.

And, in most cases, these large newspapers have used the same source to represent data such as the number of deaths, infections or vaccinations: the Our World in Data portal.

Edited by professionals from the University of Oxford, Our World in Data has become the reference website to follow the evolution of the disease thanks to the huge amount of data, graphs and comparisons between countries that to a large extent has also informatively buried us during this time. A work done and published under a Creative-Commons license.

And it all started for them with a PDF. At least when it comes to COVID-19.

“At the beginning, in March 2020, we realized, for example, that the WHO published the information on the pandemic in PDF files that were impossible to process and with some inconsistencies. So it was very difficult for researchers to access the information. We also saw that on the subject of data on PCR tests there was a gap that no one was filling. That’s where we started, and we have continued, now for example also with data on vaccination ”.

Who speaks is Esteban Ortiz-Ospina, a 37-year-old Colombian economist who has been the publication’s Chief of Operations since 2016, who has stood out for being able to heal the differences in data offered by different countries and thus offer more comparable and clear information. 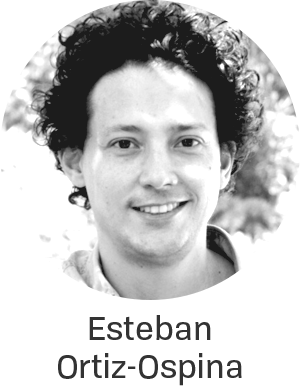 However, before the OWiD team warned of the problems in disseminating data on COVID-19 that official sources had for researchers and journalists, theirs had been a simmering job, creating a portal about long-haul data and big trends in humanity that, in a way, did not require the immediacy of the pandemic data.

The project, in fact, was born in 2014, when Max RoserA German economist, he began to think about the vision that people had of the world.

Thus, for example, beyond COVID-19, its cover refers to major statistical trends such as the evolution of infant mortality, world wealth, or life expectancy. They have all gotten better if we look at it in a multi-decade perspective. And others, such as the global obesity average or the concentration of CO2, clearly worse. In total, since 2014 OWiD has been adding and updating more than 3,100 graphics of almost 300 different themes.

“The primary goal has always been to sift through data and research to advance the world’s biggest problems. Understand where progress has been made (which often requires observing historical trends and slow changes), but also understanding where the big problems lie and what we can do to solve them ”, tells Xataka Roser, founder of the portal.

In essence, the origin of OWiD had as a mission to offer a overview of the evolution of global problems as opposed to the media, where the news of the day to day often overshadows everything else.

On their website they give a quite clear example: “The number of people living in extreme poverty fell from about 2 billion in 1990 to 700 million in 2015. On no day in this 25-year period the headline of no newspaper in the world has been “The number of people in extreme poverty has fallen by 137,000 since yesterday”. And this despite the fact that -on average- this would have been a successful headline every day during these 25 years ”.

The trees do not let us see the forest, as the proverb says.

A non-profit organization in one of the largest startup incubators

The germ of Our World in Data was for Roser at the beginning to publish a book that collected part of these trends that he believed had no place in the day-to-day story. He soon realized that this would have a greater significance in the web format, and when he began to work as a researcher at the University of Oxford, he found Sir Tony Atkinson as a godfather. Deceased in 2017, Atkinson had been one of the economists who had deepened the most in recent years in the study of poverty or, in other words, the distribution of wealth. 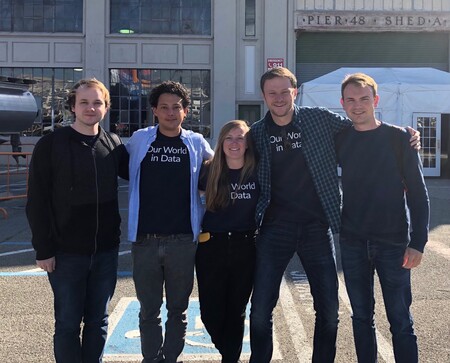 The first version of the website finally emerged at the end of 2014 after a support from the Nuffield Foundation, which allowed the project to pay its first salaries and face in 2015 launch its own data visualization platform. There are currently about 12 people who work day-to-day at OWiD, including researchers, data scientists, and back-end and front-end programmers.

The web is now under the umbrella of Global Change Date Lab, a foundation created specifically to obtain financing for its maintenance, and in 2018 it became one of the few non-profit organizations admitted to the well-known startup incubator Y Combinator. To get an idea, Airbnb, Dropbox or Stripe have passed through it. 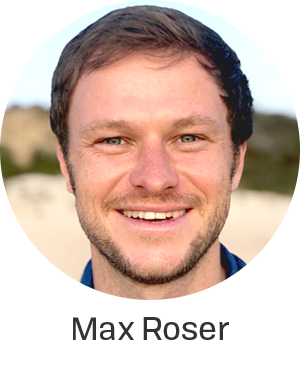 “When you start a project like this, and you put in so much work and effort on a personal and professional level, you need to have some confidence that things can work out. Otherwise, you would not invest as much energy, time and money. But of course, many projects do not end up being successful. That is why with OWiD we are very happy with what we have achieved, but perhaps even more so with what may lie ahead “. Max Roser, fundador de Our World in Data.

And from the great statistical trends, to the vortex of the pandemic

Before the pandemic changed our lives, Our World in Data was already a well-known and referenced website by thousands of media. However, her work with the COVID-19 data has led to a much higher level of exposure.

Mind you, this is something that might never have happened. “A year ago -with the beginning of the pandemic in Europe- we deeply debated whether we should provide coverage of the pandemic”Ortiz-Ospina tells us.

Data as changing as those of the coronavirus were perhaps moving away from the focus of great trends and debates with which OWiD was born, but they soon realized that COVID-19 was going to be one of the biggest problems on the planet. 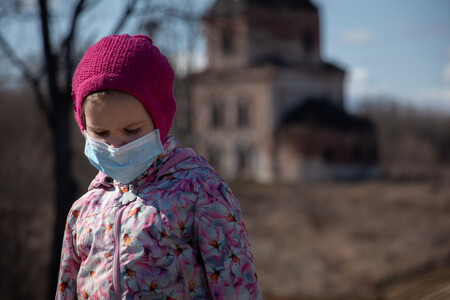 “To a large degree, work on COVID-19 became additional burden to what we already had programmed. And in fact we are very satisfied to have been able to position ourselves as a benchmark in COVID-19, and at the same time to have managed to meet all our goals in other issues ”, says the Colombian researcher.

OWiD today reflects data from more than 200 countries on the pandemic, standardizing data from different sources

We asked them about the challenge it has posed and also the technological tools they have used to handle such a large amount of data. OWiD today reflects data from more than 200 countries on the pandemic, something that logically can only be done after standardizing and cleaning the information offered by each local Ministry. The following graphic is a good example. Shows the list of tests performed by confirmed cases. Spain has an anomalous peak that coincides with the Government’s decision to change the way the tests are counted.

READ:  This monkey can play Pong with his mind thanks to Elon Musk's Neuralink brain implants

“For data updates we use a combination of scripts for automation and validation, along with manual compilation and review, ”says Ospina, who coordinates the day-to-day activities of a team that works completely remotely and from different parts of the world.

The work that makes all that data be updated as soon as possible is a mixture of assimilation of third-party data that sometimes arrives via API, GitHub repositories shared by other research groups and, in the most laborious cases, from almost manual processing and review.

“The information on deaths and confirmed cases is updated using data from Johns Hopkins University. PCR tests and vaccination we update directly, and in these cases there are extra review and validation processes ”, they affirm. Data processing is a vital part of your work here. Standardize them, differentiate between countries that count, for example, between vaccinated people or doses of vaccines distributed, and also rule out sources that do not seem adequate. “When we collect data on vaccination against COVID-19 and emphasize the differences between countries, the idea is to broaden our focus and go beyond the immediate problems in specific places,” says Roser.

“For some issues this requires a lot of effort and constant attention. Edouard Mathieu, who leads the collection of vaccination data in our team, has had to work every weekend to keep the data up to date ”, continues Ortiz-Ospina.

The challenge of visualizing and disseminating the data. And do it all non-profit and with an open license

On the way here, OWiD has also been in financial trouble. “There were times when I had to pay my fellow researchers out of savings,” says Roser. In 2015, the project was at risk, but a crowdfunding gave them impetus to continue for another year.

OWiD raised over half a million pounds in donations last year, ensuring its non-profit continuity

Today, OWiD accounts are healthier. In 2019 they raised half a million pounds with donations, many from individuals, and others of greater weight such as those of the Bill and Melinda Gates foundation.

“Today we have enough reserves to guarantee autonomy for a time, and to make medium-term plans; but we can’t stop fundraising. I believe that this is the reality of any non-profit organization, and even more so under the financing model that we have, ”says Ortiz-Ospina.

All his graphics, information and works are Registered under Creative Commons CC-BY license, and their data visualization software as well as the scripts they use to process the information are available on GitHub.