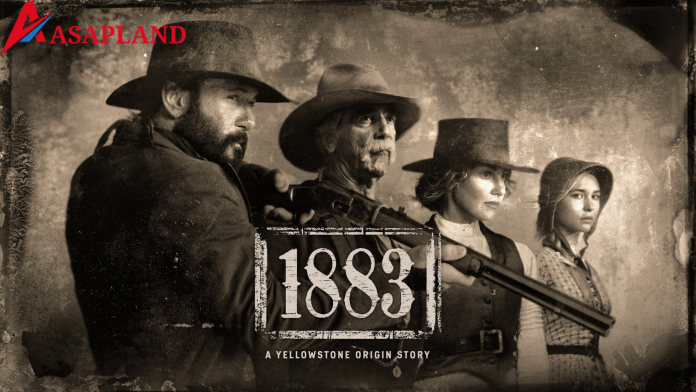 Season 1 of 1883 is coming to an end really soon, but there’s still more to come, happily. Additional episodes of 1883 are coming right up, according to Paramount+. And there’s more good news for you. The streamer also disclosed that a new prequel series, 1932, has been ordered, which is characterised as the upcoming part of the Yellowstone creation narrative.

The Yellowstone spin-off 1883 has enthralled fans since it launched on Paramount+ in late December with its exciting narrative of the journey that led the Duttons to reside in Montana. With each episode, the struggling family has gotten nearer to their destined Yellowstone home. Despite the fact that we know what the Duttons’ future holds, the destiny of 1883 continues to be a heated matter of debate among fans.

At the time of the investor day, Viacom CBS revealed not only the renewal of 1883 but also the order of 1932. This prequel series will bring the Duttons’ storyline closer to the contemporary version of shenanigans shown in Yellowstone. In all honesty, you need no explanation from media experts. With the current titling practice, there are plenty of years between new episodes, also between 1932 and Yellowstone, that can be converted into television seasons. The prospects appear promising.

READ:  It is revealed that the anime Bakuten !! It will premiere on April 8

1883, featuring Tim McGraw, Faith Hill, Sam Elliott, and Isabel May, chronicles the storyline of the Dutton family’s forebears who headed out into America’s wild west in the late 1800s to establish what would become their namesake Montana farm.

The first season followed James and Margaret Dutton, played by McGraw and Hill and their kids, unruly Elsa (May) and little John (Audie Rick), as they journeyed from Fort Worth, Texas to the Great Plains, braving despair, death, and destruction in pursuit of the American dream. Even though the season is nearing an end, there is still enough path to be explored. With the show allegedly bringing in the most viewers for Paramount+, it’s little wonder they’ve decided to keep the waggon train running.

While Paramount+ has yet to clarify whether or not 1883 will be renewed for a second season, the chances of it happening seems to be high. According to Variety, the premiere of 1883 on Paramount+ was the highest-rated original series launch in the service’s history. Furthermore, 1883 is riding high on the success of the significant Yellowstone series, which just finished its fourth and most successful season.

READ:  'Young Sheldon' renews for three more seasons: the prequel to 'The Big Bang Theory' ensures its future until 2024

1883 has proven to be another feather in Sheridan’s Yellowstone world, with the most significant new cable series launch since 2015 and a highly favourable 85 percent Rotten Tomatoes rating, helped by a superb cast.

In addition to its strong broadcast ratings, 1883 was the most-watched series launch on Paramount+ ever, and it was the most-streamed drama series with 2.6 million people.

It’s not the only Yellowstone prequel spinoff in the works: ViacomCBS (soon to be rebranded as Paramount) has confirmed another Sheridan-led prequel, 1932, that reviews the plot of the Dutton family during the Prohibition period following the usual narrative.