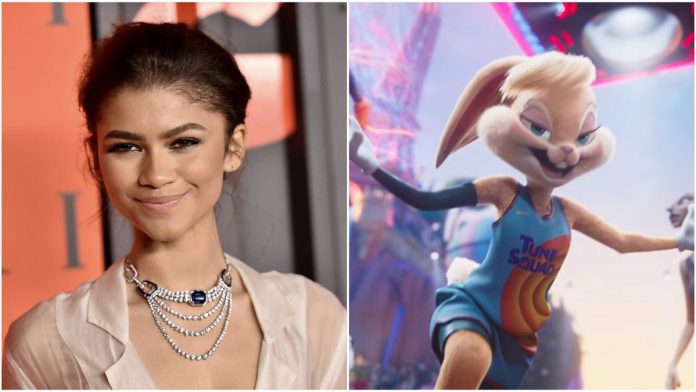 The Emmy-winning actress, Zendaya to play Lola Bunny in Space Jam: A New Legacy, as has been officially confirmed after the arrival of the trailer for the new movie.

EW has exclusively revealed this news that incorporates Zendaya in the cast of Space Jam: A New Legacy, the next film that has also released its official trailer.

The choice of Zendaya is part of the goal of the film’s director, Malcolm D. Lee, to feature a completely different Lola than the one seen on the original 1996 Space Jam.

Lee didn’t see the original film until 2019, and Lola’s portrayal left him “baffled,” in his own words.

“Lola was not politically correct” Lee commented to EW.”This is a children’s movie, why is she wearing a crop top? It feels unnecessary, but at the same time there is a long story about this in cartoons”.

Zendaya’s choice will help reimagine Lola and “reflect the authenticity of strong and capable female characters”, as the director of Space Jam: A New Legacy has commented. You can take a look at their new official trailer below.

Zendaya joins Kath Soucie, Kristen Wiig, and other actresses who have lent their voices and performances to bring the character of Lola Bunny to life.

These are not the only changes and decisions that have been made in Space Jam 2 with respect to the first film, and characters like Pepe Le Pew have even been eliminated for very similar reasons.