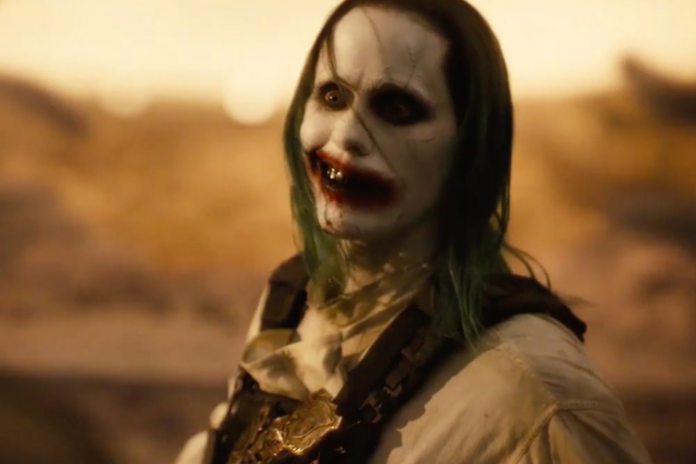 With only a month to go before its premiere after four years of popular clamor, ‘Zack Snyder’s Justice League’ turned the network of networks even more upside down with a new trailer in which Jared Leto’s Joker chanted the infamous phrase “we live in a society”. The joke during the days following the reveal was widespread, but sadly, that particular moment did not end up reaching the final cut of the film.

We live in a deleted scene

But beware, if you are one of those who wanted to see the meme come to life during the scene set in the apocalyptic future of the DCEU known as Knightmare, good old Zack Snyder has come to cover your back. The director, through his Twitter account, has published an extended version of the conversation between Batman and the Clown Prince of Crime, in a beautiful black and white and, yes, with the phrase star included.

READ:  The Elder Scrolls Online is coming to PS5 and Xbox Series X in June with a new chapter added

To shape the scene that you can see above, Snyder filmed Ben Affleck and Jared Leto separately using green screens and later put the two performances together in the editing room. And, in case you wonder why in the fragment there is so much chaos with blurring and constant breathing, the answer is found in the optics with which it was shot: some Leitz M 0.8 wide open that, in addition to having a very particular look, give a minuscule depth of field. A living hell for any foquista.

‘Zack Snyder’s Justice League’ —which one server found a real joy, by the way— is available on HBO both in its full color version and in the alternative monochrome version subtitled ‘Justice is gray’; a radically different visual experience that is also the perfect excuse to dive back into these four hours of superhero epic.