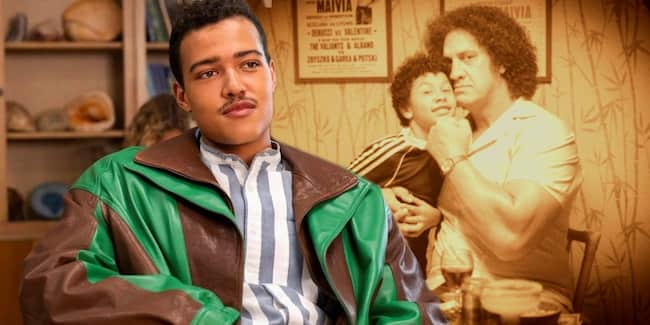 “Young Rock” has become one of NBC Network’s most popular and favorite programs. With its fascinating plot focusing on Dwayne “The Rock” Johnson’s life, the series has captured the attention of viewers.

The series sheds insight on “The Rock’s” personal life as well as his political ties. Let’s not ignore the fact that the actor’s journey is admired by so many young kids.

It was impossible to even have second thoughts on the success of season 1. The show delves deeper into the actor’s life and weaves narrative threads through it to reveal more about his true self.

Season 2 of “Young Rock” has been kept under wraps by its makers. However, it is pretty obvious that news like that cannot be left undercover for so long.

The official release date for the new season was recently disclosed by Dwayne Johnson. Hence, in this article, we’ll go over all the things we need to know about Season 2 of “Young Rock,” involving the potential cast, plot, and of course, the release date.

Dwayne Johnson, also known as “The Rock,” is one of the most well-known wrestlers and actors. He has made a name for himself in the entertainment industry through his dedication and passion. NBC recently premiered “Young Rock,” a documentary series about the actor’s life.

The show was an instant hit with the viewers. While fans anticipated a new episode, actor Dwayne Johnson caught all of us a little off-guard by spoiling the exact release date for “Young Rock” Season 2.

READ:  First trailer revealed for second season of anime B: the Beginning

The upcoming season will focus on “The Rock’s” political activities, including his bid for the presidency of the U.S.A. Hence, when is the show going to premiere?

Since season 1 was such a hit, fans were waiting for a new episode or at least a sequel. To serve the patient’s wait, Dwane Johnson took to his Twitter to spoil the official date of release. ]

As per the media sources, he revealed that the second season is going to premiere on 15th March 2022. Johnson also made a post about this on his official Instagram handle.

He captioned, “Mark your calendars as we are gearing up to drop Young Rock season 2. The sequel is coming on March 15th on NBC Network.”

What can we expect from the sequel?- Plot

The first season was definitely a package of suspense and thrill. However, the ending of the season did keep the fans a little impatient. It ended in a way that kept the fans wanting to know more. We witnessed Rock’s victory in the election.

The aftermath, on the other hand, is still a mystery. As a result, the second season is anticipated to start up where the first left off, focusing on the aftermath.

According to reports, the next season will feature a glimpse of the Rock in the WWE ring. Now, that is something we wouldn’t want to miss.

Johnson’s experience in the Canadian Football League, as well as his ultimate goal of joining the NFL, are expected to be explored further in the show’s other timelines.

Johnson’s teen plotline may portray the love interest with Karen, played by Lexi Duncan, while the show’s second season could see the FBI arresting Johnson’s grandma for extortion.

It is obvious there is still a lot to cover from Johnson’s life, including all the potential narratives that will decide Johnson’s future.

The familiar cast of Young Rock will return to screens in the upcoming season, with Dwayne Johnson reprising his role as The Rock from the year 2032.

Is the show an absolute reference to The Rock’s life?

According to Johnson’s remarks, the series is a carbon copy of his life. However, he ignores future scenes or happenings in this case. He comprehended that the entire plot of the show revolves around his life experiences.

“I poured myself a lot of tequilas,” Johnson explained. He also disclosed that when Johnson depicted his real-life occurrences, the idea of telling the story to the audience, and the idea of breaking it into three timelines came to the creators.

As a result, it’s evident that the majority of “Young Rock’s” tale revolves around Johnson’s real-life experiences. Now, this only increases the anticipation among the viewers to expect a banger in the second season.

Is there any official trailer released for Young Rock season 2?

There has been no official trailer released just yet for the sequel of “Young Rock”. However, as the show is supposed to release by 2022, we can surely expect a trailer coming soon.

At least by the end of January, we are likely to get more spoilers. One thing that we can be sure of is the premiere date. Hence, we have to wait patiently for constant updates.