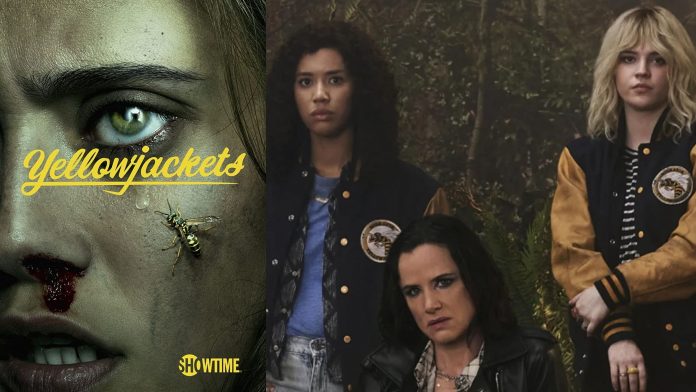 Yellowjackets Season 2: Is It Happening?

Fans were not getting enough of the final episode of Yellowjackets. Now, we already have official news of a season 2 on the way.

Showtime has already confirmed the renewal of the Yellowjackets’ second season, and we are here to spill some good information.

Given that the show had a tremendous critical appreciation and love from the viewers, it was apparent there would be another season served just in time.

Who is going to be in Yellowjackets season 2?

As per the finale of season 1, there were a lot of characters in the show that had unexpectedly exited the show.

Mainly due to the progress of the storyline, that is. Nonetheless, we might see the familiar cast of season 1 return for the second season. Let us take a look at the old cast of Yellowjackets season 1.

READ:  Where to see the anime Edens Zero? The successor to Fairy Tail

What will we see in Yellowjackets season 2?

Yellowjacket has a lot to reveal in their second season. All the grounded mysteries will have to see the light of day. The truth about all the girls that were sacrificed is still a mystery.

The occurrences with Tai are also a big story to reveal. Apparently, dogs are being slaughtered too. Will we finally come to know where the freaky cabin came from?

Nonetheless, we might find the theme centered around Lottie’s position as the Cult leader. Will Shauna, Misty, and Tai find Nat, who Lottie kidnapped? Seems like the teen soccer team will go deep down into a dirty alley.

With Shauna having to explain to her daughter about the past incidents of cannibalism rituals, will she be able to get through the aftermath of killing Adam? Also, it seems that spirits possess Tai. With slaughtering dogs and poisonings, how will things go down for the leads?

Yellowjackets are one of the biggest hits of Showtime and topped multiple lists of favorite shows in 2021. If you haven’t had the chance to watch the show yet, you are definitely missing out.

Yellowjackets are available on the Showtime app and are specifically available for subscribers.  As no production date or statement has been released yet, season 1 will be a good binge-watch.

The arrival of Yellowjackets season 2 is far from an official release, and the prime reason could be the pandemic. So, it would make sense if we had a trailer released by the end of 2022 and a whole series later.