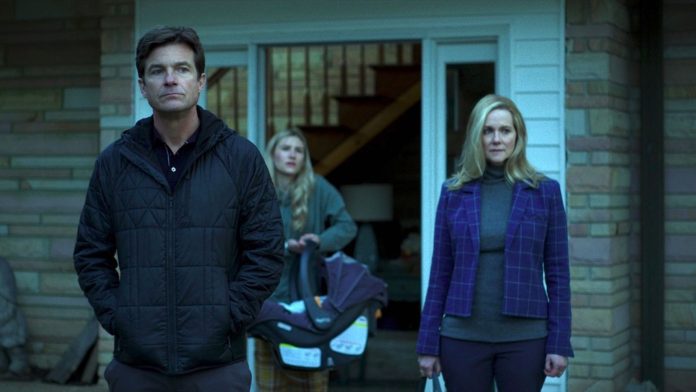 A brutal stab on the back and the Ruth Langmore freak-out. Well, surprises are always a part of Ozark. We are aware that the storyline is getting pretty dark. However, if you’re still wondering how the storyline will work out, you’re in the right place.

Even if Netflix has done us a favor by spoiling the dates of the episodes of part 1, we are yet to know the release date for the second part. It is pretty evident that we wouldn’t have to wait for too long. The streaming giant will probably release the final part before summer. As of now, that’s what it looks like. The good news is that the final season is applicable for binge-watch, as only the last episode is releasing on 22nd January 2022.

READ:  Must Watch Actions Series to Watch on Netflix

Let’s revisit the traumatizing conclusion with a little summary. Agent Miller becomes the unexpected villain and charges Omar Navarro after the FBI has stepped back from a contract they made. Wendy and Marty Byrde assure a prominent tempered Omar to request Javi to accept the same pact he did with the FBI, which would get him back to Mexico.

After the agreement, we see Javi drive straight to the Langmore-Snell home and kill Wyatt and Darlene. In the very memory, Ruth enters their house, witnessing the havoc, and enquires the Byrde family about it.

Jonah, our favorite little rebel, does tell Ruth that her brother’s death is to be blamed on Javi. Due to this incident, Ruth is storming out to take Javi’s life probably. At least, that’s what it looks like. Hence, we have a finale to look forward to. It is now Ruth vs Javi. Will Ruth be able to get her revenge while bearing the loss of her brother and looking out for little Zeke? We do believe that Ruth can handle this lifestyle, given that a baby is now growing under her roof.

As of the Byrdes, we are undoubtedly witnessing them in the midst of it all. Wendy and Marty, in the first episode, are seen going on a long drive. The car is at high speed, and life seems to go well for them. Well, happy hours do end a lot earlier than the bad ones. The car crashes, and the episode ends right there. Now, did the Byrdes escape, or is this a start to a new mystery?

The finale of Ozark will definitely be something that we will not see coming. In all honesty, maybe one of the Byrdes will no longer be a part of the conclusion. Now, what will happen to the Navarro cartel? We are indeed waiting for a justifying conclusion.