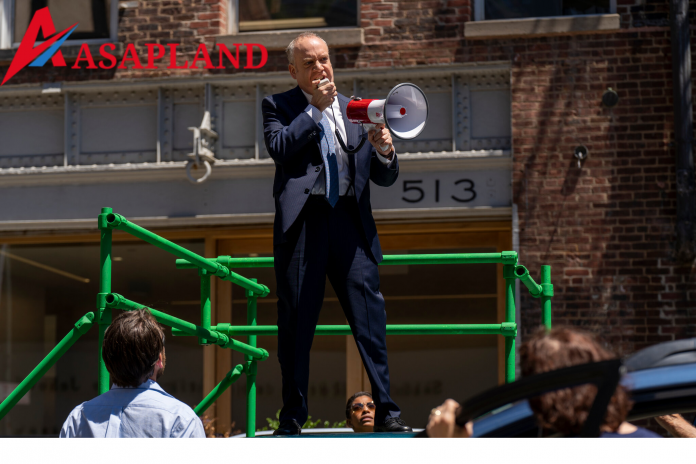 What Happened In Episode 6 Of Billions Season 6?

Chuck Rhoades, Jr. (Paul Giamatti) notices that someone is buying many properties from the NYAG land bank and decides to investigate.

Mike Prince is far from the only power figure who has gotten Olympic fever, as the episode begins.

A friendly meeting between Ben Kim and Mafee shows that Prince had better get in line for that New York bid — the latter of whom has launched his own shop alongside Dollar Bill after the erstwhile boxing rivals bailed on the new administration in last season’s finale.

Almost any investor with cash on hand is buying up property because it’s an “STD,” as Mafee assures Ben in the most disturbing way conceivable.

Krakow enters Chuck’s office and declares that whatever job Prince offers him with the commission, he will accept in order to recover his transactions.

Chuck understands; the two are working together to bring the Olympics to New York City. Krakow gets the land, leads the chair, and becomes the chair of the New York commission, Chuck speculates.

He triumphs, and Prince suffers as a result. Chuck believes they might be able to agree. He advises him to resubmit his applications and to put his cards up since transparency will protect them both.

Chuck claims that he will steer infrastructure so that the city’s residents benefit from spending and that the facilities do not become abandoned venues.

After accepting loss and joining Prince’s campaign, the latter says that he, too, wants to build a stadium in New York. He, on the other hand, wants to do it right.

While everyone is happy, they celebrate by announcing the Olympic plans for 2028. Meanwhile, Chuck shows up, causes traffic congestion, and appears to turn public opinion against Prince.

The most significant roadblock in Prince’s way is, predictably, Chuck Jr., who appears to have adopted this anti-billionaire mindset in season 6. He considers the presence of the billionaire class to be a slap in the face of ordinary decency.

Given Chuck’s history, Prince will have difficulty working with the current Attorney General of New York unless he can find him a more extraordinary catch than himself.

Now that we’ve seen a few episodes, we’re starting to understand how this program works without Damian Lewis and with Prince filling in for him. It’s not the same competition we’ve seen before, and the finale is unlikely to be the same.

Still, we’d want to see some of the characters score some significant victories soon – Chuck has always been ruled by what he’s after in certain respects. Taylor, on the other hand, has been attempting to make their presence known for quite some time.