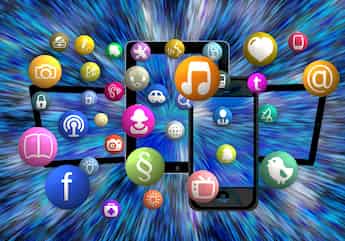 Many of us like to try our luck with a game of chance from time to time. But the nature of the games varies quite dramatically from one country to the next. Let’s take a whistlestop tour of some of the world’s top gambling nations and find out what they prefer to play.

Gambling has been a popular pastime across all strata of society for hundreds of years. The UK certainly didn’t invent casinos – they were around in Italy and France for centuries before they started to appear in London. However, the UK was one of the first nations to set clear legal guidelines for casinos in the modern age, with the Betting and Gambling Act (1960). This is partly why the UK is seen by many as the home of gambling. The fact that it has been regulated so rigorously for so long means that for most people in the UK, gambling on sport and casino games is an accepted part of life.

READ:  What Is The Future Of Gaming Technology?

Until about five years ago, the most popular game in the UK was blackjack. But as the number of occasional and casual players has escalated, roulette has taken the number one spot. There’s no strategic aspect, so novices can play on equal terms with experienced players.

Contrary to what you might think, it is possible to play online casino for real money in India, although it is unregulated in most of the country, meaning it is “neither legal nor illegal.”

Andar Bahar is a card game that is striking in its simplicity. A base card is dealt in the middle and then cards are dealt alternatively into two piles, andar (inside) and bahar (outside). Players beet on which will be first to be dealt a match for the base card. Part of this game’s popularity is that unlike some casino games, there are no restrictions on its play throughout the different states of India.

Canada legalized casino gaming in 1985, so the Canadian gambling industry is now quite mature. Legalization came just at the dawn of the video game era, so it’s no surprise that slot games are more popular than table games here.

There are dozens, even hundreds, to choose from, with new games coming out every month. What’s interesting, however, is that classic games like Book of Dead and Starburst are consistently at the top of the ratings, even though they are quite simple and basic compared with more modern releases.

This special administrative region of China is the main gambling hub in Asia, and it has grown dramatically in the 23 years since it returned to Chinese rule.

In fact, the number of tourists has more than trebled from seven million per year at the time of the handover to 22 million in 2019. Most visitors are there for the gambling, and the most popular game is baccarat. T§he Chinese, who constitute the majority of visitors, are obsessed with the game and it drives 90 percent of gambling revenue.

Things to Do Before Start Betting Online

Fruits Basket goes viral for episode 2 of the final season

The United States asks to stop the vaccination with Janssen just...