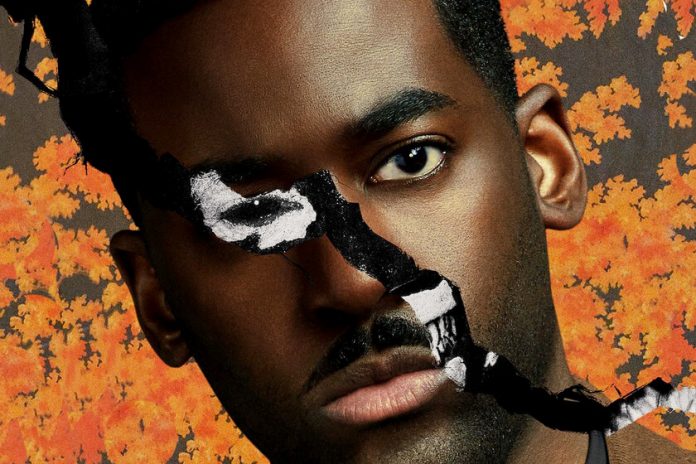 Little Marvin, the creator of the ‘Them’ series, is surely aware of the parallels of his work for Amazon Prime with ‘We’ (Us, 2019), by Jordan Peele, whose poster it even has the same typeface as the Amazon Prime series Furthermore, the style of the film extends to its visual and thematic proposal, purely and exclusively horror focused on the racial problem of the United States.

In fact, the first season of this new anthological series, entitled Covenant, has a starting point with similarities to other works by Peele and his disciples, such as ‘Let Me Out’ (Get Out, 2017) and the recent ‘Lovecraft Territory’ ( Lovecraft Country, 2020), which has also been produced by Peele. The story of these ten episodes recounts the martyrdom of an African-American family that moves to the white Compton neighborhood in Los Angeles County.

The greatest interest of ‘Them‘lies in that historical background of the idyllic neighborhoods of the American suburb and how it hides a dark side under the pastel colors, its perfect gardens and the California sun. A story very similar to the one posed by George Clooney’s ‘Suburbicon’ (2017), only changing the family’s point of view of the racist subplot of that one to make them protagonists.

The difference is that here we have supernatural horror as a reflection of their own conflicts and fears, a very interesting approach, which is relevant after the death of George Floyd and the subsequent riots of the Black Lives Matter movement, but the truth is that the use of terror and the harsh racial drama does not collect any particularly brilliant reflections on the problemExcept that racism perpetuates itself as a kind of curse on African-Americans still searching for its place.

There is some didactics of how you have gotten where you have arrived, but at no time is there a subtlety that compares the past it presents with the present, the script is scattered and not very sharp, in such a way that racist attitudes show suffering almost as the end of the terror it presents, with a particularly horrible scene, in which it is unnecessarily recreated that it puts the finger in the wound of the trauma but does nothing to advance in discourse, so it ends up being a hollow racism movieography, to which there is even some recent cultural opposition in the African-American community.

It’s not that easy being Jordan Peele

It’s frustrating because the show does a lot of things well, for example, thanks to its delicious aesthetics and its work staging, which is very cinematographic and enjoys spectacular photography. The use of footage, opening credits and some transitions are great, giving the impression of having a large budget to luxuriously set your story. However, she is unable to create interest in subplots like Betty Wendell (Alison Pill), whose villain role is wasted in a story with no relation to the central plot. 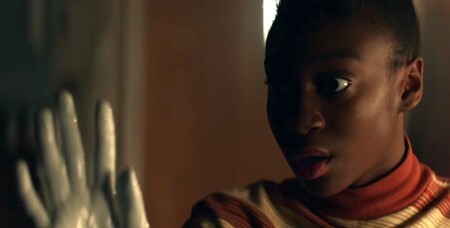 Horror scenes range from haunting to nonchalant, but generally follow the dream horror rules of ‘A Nightmare on Elm Street’ (A Nigtmare on Elm Street, 1984) or ‘IT’ (2017-2019), like that ghost of the “black face” a la Pennywise, and the series ‘The Curse of Hill House’ (The Haunting of Hill House, 2018) also has great weight, from which the crisis of Carla Gugino or her “tall man” is rescued, and we even have episode 8 in black and white like in ‘The Curse of Bly Manor’ (The Haunting of Bly Manor, 2020).

Nevertheless, ‘Them‘is not interested in exploring the meaning of ghosts and the resolution of the origin of terror is a hodgepodge of forced metaphors, ghosts of the past and the trauma left by the feeling of too many disembodied ideas hoping to make an impact through easy symbolism (that white paint as a longing to be like their neighbors) but that show that there is no plan with the lucidity necessary to make its ten episodes excessive (there is material at most for 4) and even some repetitive until the agony.