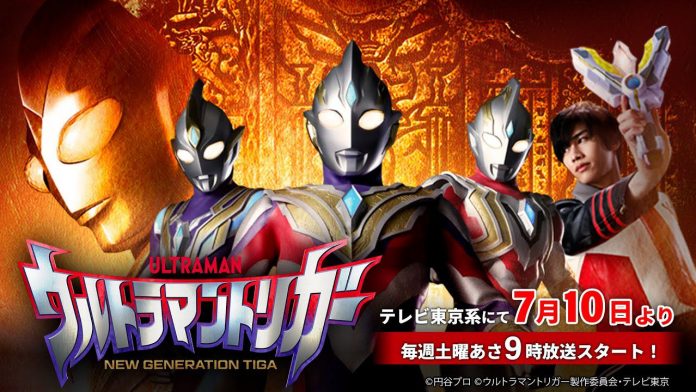 While the Ultraman was disappointed by the umpteenth postponement, caused by the pandemic, which this time involved the film Shin Ultraman, directed by Hideaki Anno, Tsuburaya Productions wanted to surprise fans with the announcement of a live-action series that will debut on Tokyo TV next 10th of July.

By title Ultraman Trigger, this series is presented as a complete tribute to Ultraman Tiga, which this year celebrates 25 years since its first publication. The new hero Ultraman Trigger is a Giant of Light who has been dormant since his great battle against the dark forces, which took place more than 30 million years ago, and decides to collaborate with Kengo Manaka, the new recruit of the GUTS-Select team of experts, to fight monsters and creatures that threaten the Earth.

The direction of the series has been entrusted to Koichi Sakamoto, an expert on the series who has already worked in the past in several adaptations related to the franchise, while to cover the role of the protagonist Kengo was chosen Raiga Terasaka. To present this interesting project Tsuburaya Productions has published the trailer, the poster and the promotional images that you find at the top and bottom of the page. As shown by the sequences Ultraman Trigger can take three different forms, that of pure power, Power Type, a stage focused on speed, Sky Type, and finally appears as a Multi Type in its natural form.

Recall that Marvel Comics has announced The Trials of Ultraman, and we leave you to the first trailer of the film Shin Ultraman.