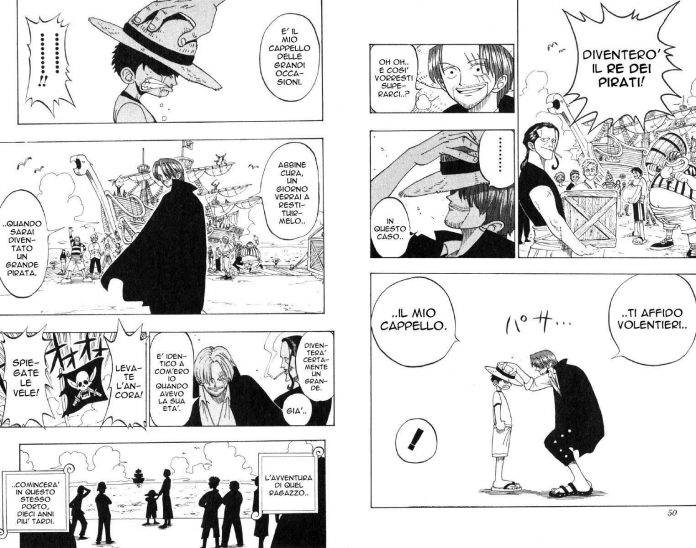 The epic of ONE PIECE it is characterized by a multitude of chapters and episodes which, both in print and on television, have contributed to making Eiichiro Oda’s masterpiece an extremely long-lived series. In all this time, the sensei has in fact drawn numerous color plates.

While the ONE PIECE manga is preparing to overcome the week off, since chapter 1011 will be released next April 25 on Manga Plus, on the net, fans have decided to pass the wait by collecting together all the color plates that the author has created and published in all these years. The mammoth feat was accomplished by a fan, a certain one Cora_II, which has collected in a single thread on Twitter dozens of ONE PIECE artworks published by the master between chapter 1 and number 848.

At the bottom of the news, therefore, it is possible to access the post on Twitter in question where, in order, it is possible to admire the splendid illustrations that the sensei has drawn in all these years. Before saying goodbye and returning to the tables, we remind you that the new cover of ONE PIECE Heroines with the heroines of the opera protagonists has been leaked a few hours ago.

And you, on the other hand, what do you think of this collection, albeit not yet completely complete but being updated, of the artworks created by Eiichiro Oda? Which do you like best? Please let us know, as usual, with a comment in the appropriate box at the bottom of the page.