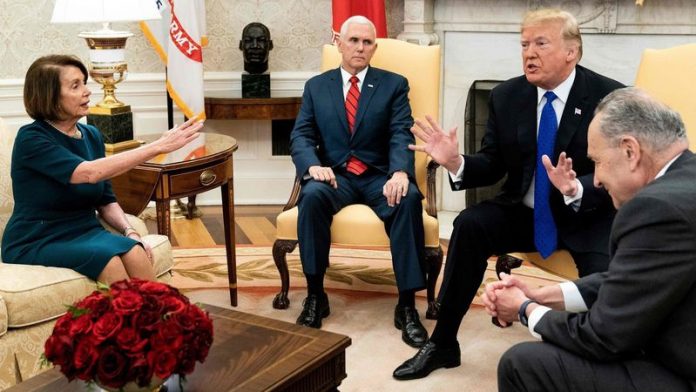 The meeting between the President, the Speaker and a few Democrats where they were to discuss various topics and also come to a consensus on the action they want to take on the recent accusations of “cover-ups” by the President. 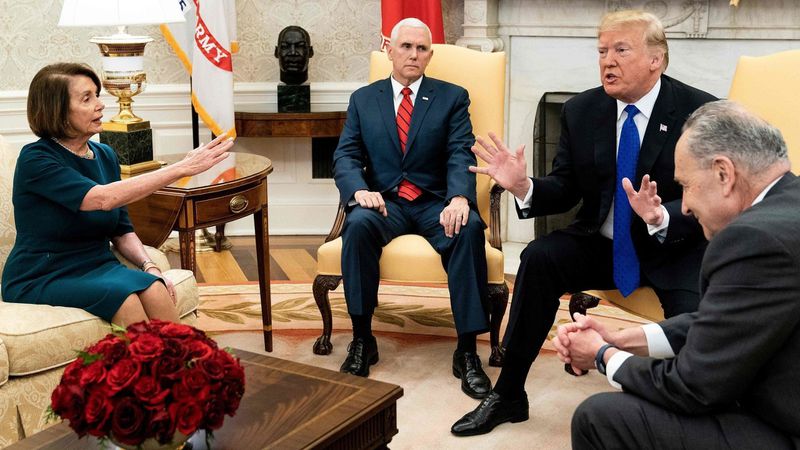 House Speaker Pelosi said that the President walked in and began throwing a tantrum and was not open to any form of conversation whatsoever since he reheard that the possibility of discussing his impeachment was on the table.

The President contradicted what she and others present claimed and said that he was calm throughout the meeting and left only when the word “impeachment” was thrown around, as he felt that he was there to discuss the decisions that had to be taken regarding infrastructure and bettering the communication between him and the Democrats.

The President, however, tweeted out a heavily edited video of the House Speaker Nancy Pelosi in the dying hours of Thursday which was earlier released on the pro-Trump, which is the first and only looks people have into the meeting.

The video has been edited to make the Speaker look bad and the edited footage was posted on his Twitter feed under the title “PELOSI STAMMERS THROUGH NEWS CONFERENCE,” his efforts are in alignment with the headlines that have been circulated by has always pandered to his agendas.

The President has continued to verbally insult the House Speaker calling her names and accusing her of being mentally unstable, the story continues to develop but the fact that the video was so greatly altered before being released has raised its share of questions.